A Florida lawmaker brought forth a bill last week that would set a statewide standard for those working outdoors in relation to heat illness prevention.

If the bill passed, Florida would become one of just a few states that have heat-related work mandates.

While the U.S. Department of Labor’s Occupational Safety and Health Administration has guidelines and recommendations to avoid heat hazards, there is no set standard for heat exposure. 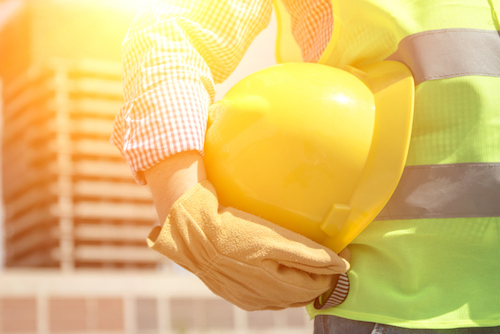 © iStock.com / daizuoxin
A Florida lawmaker brought forth a bill last week that would set a statewide standard for those working outdoors in relation to heat illness prevention.

The lack of a standard has been called to task recently, however, with a petition backed by more than 130 industry organizations that began circulating last year.

Led by nonprofit Public Citizen, the petition calls for OSHA to do more than just point to suggested guidelines provided by the National Institute of Occupational Safety and Health and argued that, as the climate changes, workers are experiencing more and more heat stress every year, which can take a dangerous toll on the body.

“There is an undiagnosed epidemic of heat-related illness and death in this country, and the problem will get much worse very quickly because of global warming,” said David Arkush, managing director of Public Citizen’s Climate Program.

“Some of our most vulnerable workers are at the highest risk. We need to protect them right away, and we need aggressive action to halt greenhouse gas pollution and stop climate change.”

Last summer, the CDC released findings from a study that determined whether the heat index limits are effective in protecting workers. The retrospectively reviewed 25 outdoor occupational heat-related illnesses—14 fatal, 11 nonfatal—investigated by OSHA from 2011 to 2016.

The Orlando Sentinel notes, though, that even though the bill would protect Florida’s many workers in the construction and agriculture industry, the bill has no co-sponsors and has not been assigned any committees, giving it a tough road.

“Florida’s one of the hottest states in the entire country, and … you have humidity added that makes the heat even more debilitating,” said Jeannie Economos, a safety and health coordinator with the Farmworker Association of Florida. “We think it’s about time that Florida steps up.”