The rule, which had just been adopted in October 2018, was supposed to go into effect March 1, and is also facing a lawsuit from a coalition of building owners and other groups.

What’s Going on in Portland?

The requirement impacts more than 1,600 of the city’s old brick and block buildings that are known as “unreinforced masonry” because they contain no steel support, which makes them at a significant risk of collapse in an earthquake. 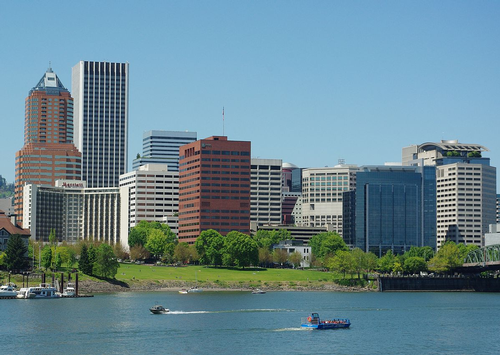 According to The Williamette Week, Portland has a more than 1-in-5 chance of an 8.0-magnitude earthquake over the next 50 years.

Though that policy was passed just in October, it has since faced an uphill climb with its legal battle and eventual delay, which was officially voted in 3-1 by council at the end of last month.

The coalition of owners argue that the ordinance is unconstitutional under free-speech and due-process rights. Other groups note that the policy could lead to inadvertent “predatory” gentrification, as it will apply to a large number of churches and homes in poorer communities.

A judge is set to heart arguments in April.

Elsewhere on the West Coast

While seismologists predict that, in the next 50 years, there is a 37 percent chance of an earthquake occurring with a 7.1 or greater rating within the Cascadia subduction zone, where the Portland is located, recent studies have also shown great risk throughout the West Coast.

Hazard assessments taken from the United States Geological Survey have been incorporated into building codes, such as in San Francisco, which unveiled its “Tall Buildings Safety Strategy” report October as well.

That report, developed by experts at the nonprofit research organization Applied Technology Council, focused on the seismic vulnerability of the city’s growing skyscrapers (tall buildings it describes as 240 feet and higher, culminating in a list of about 150 skyscrapers) and recommends that tall buildings actually be required to be more rigid.

It also nodded to a known flaw that’s in many buildings that were constructed decades ago: a steel-frame flaw made evident by the 1994 Northridge earthquake. In addition, some buildings might have suffered structural damage in San Francisco’s 1989 Loma Prieta earthquake. The study noted that thorough inspections of buildings that fall into these two categories have never taken place.

In addition to inspecting all older buildings, the code suggests that new buildings become significantly more rigid. Right now, the code allows a 300-foot-tall building to sway six feet from side to side during an earthquake. While the argument is made that such movement allows for the dissipation of energy during an earthquake, officials now note that such extreme movement can wreak havoc inside the building.

Other Fixes Popping Up

To help with potential fixes to buildings, the American Concrete Institute recently announced its new publication: the ACI 563-18: Specifications for Repair of Concrete in Buildings, which references specifications that professionals can apply to any construction or rehabilitation project involving structural concrete.

And, in addition to reinforcement methods, stronger building materials are being researched to withstand these kinds of natural disasters.

Early in 2017, a new injection grout was released to help reinforce masonry on aging buildings and bridges. The manufacturer, Cathedral Stone Products Inc. (Hanover, Maryland), released the mineral-based grout to be injected into cracks to properly stabilize various concrete or masonry structures. Unlike epoxy grouts, it would bond naturally and is vapor-permeable, according to the company.

And, more recently, studies are still being completed to produce a new, 3D-fiber reinforced concrete. Research is already showing that this innovative concrete is 78 percent more effective in holding together under shock waves compared to 2D-enforced concrete materials.