$1B MA Hospital Work To Include Disaster Bunker

According to new reports, the $1 billion plan for a new campus at Massachusetts General Hospital will not only bring an expansion to the facility, but it will make it a bunker for natural disasters as well.

"How do we protect our city from natural disasters? It's a conversation we have to have," Joan Saba, partner at NBBJ Architects, told Boston 25 News last week.

While plans for the expansion were revealed last month, officials are just now talking about plans to make the building a “shelter-in-place” facility.

While still in its preliminary stages, the expansion project is possibly the largest ever proposed by a hospital in Massachusetts, according to the Boston Globe, and will aim to restructure a portion of downtown Boston. 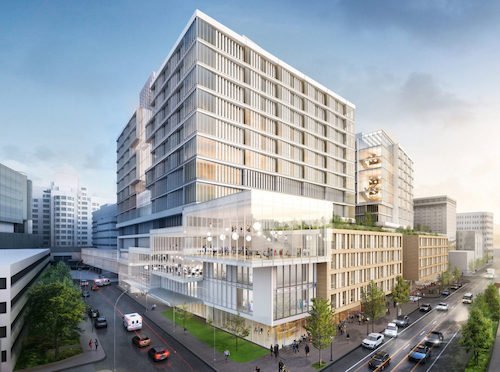 All of the new additions will be constructed on property the hospital already owns and will replace structures such as a parking garage and an office building, among others.

Large swaths of the hospital are outdated, according to reports. The Globe notes that some of the patient floors still in use were constructed around World War II. The expansion aims to renew the campus to keep it “a world-class academic medical center.”

The structured nonprofit earned $252.4 million in income from operations last fiscal year, according to The Globe, on revenue of about $4.1 billion, and it has begun a campaign to raise $3 billion from private donors for programs over the next seven years.

Officials anticipate that 20-30 percent of the construction costs will be paid for by donations.

Saba spoke to the outlet about looking to hospitals in places such as New York and New Orleans, citing past natural disasters for lessons learned.

Flood-proofing the 13-story building is a priority, according to officials, and Boston 25 reports that such a task would require bulldozing several existing buildings in a two-block radius and constructing a bridge that would allow access from the rest of the campus.

Sally Mason-Boemer, senior vice president of administration and finance at Mass General Hospital, said that the hospital is already working on fortifying existing buildings by moving operations out of basements and putting protective coatings on windows and doors.

Ultimately, though, it’s the new construction that officials say will address the vulnerability of the campus.

Despite still needing a slew of approvals, construction is slated to being in 2020 and finish by 2026.