The color pick, Metropolitan AF-690, is a light gray that the company says emphasizes the calming role that shades of gray play in society. 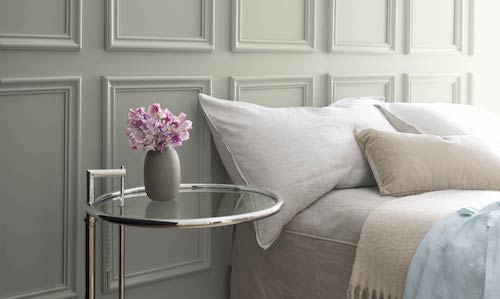 “It's a color in the neutral spectrum that references a contemplative state of mind and design. Not arresting nor aggressive, this understated yet glamorous gray creates a soothing, impactful common ground."

The larger 2019 palette consists of 14 additional shades that Benjamin Moore says work with Metropolitan to “capture the coveted feeling of restorative quietude in any setting.”

The company notes that “elements include the blending of heathered grays and soft linens to create an enveloping haze in a living room; utilizing reflective metallic accents and easygoing neutrals to add a comforting factor to a sleek kitchen; and creating a dose of modest allure to an elegant entryway by coating the walls, doors and trim in a bold navy blue.”