Office and tech company HP is rolling out a new 3D printer that will allow users to print small objects made of stainless steel in high resolution, further expanding the possibilities related to the additive manufacturing process. 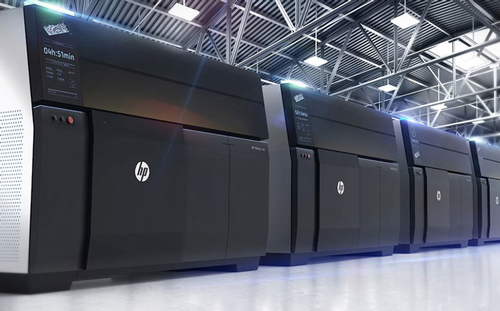 Smaller parts could also be manufactured in batches if several will fit in the printer’s powder bed at once. The bed size is larger than, and doxel size similar to or smaller than, competitors on the market right now including Desktop Metal and the Markforged Metal X.

Beyond giving companies (or consumers) the ability to buy a Metal Jet and order steel material to use in the printing process, HP will offer a printing service in which a manufacturing partner will use the machine to print orders for those with a piece to produce but for whom an outright purchase of the printer wouldn’t be economical. The metal-printing service is projected to begin in the first half of 2019.

While HP doesn’t expect to start delivering the Metal Jet until the second half of 2020, customers in the U.S., U.K., France, Germany, Italy and Spain are being permitted to place a reservation for one of the machines—with a  $4,999 deposit—now.

Desktop Metal, a startup pursuing a similar 3D printer for metal materials, recently unveiled plans for its Studio System+, a new system that would print in higher resolution than its original Studio System, released last year and now in production. The original Studio comes at a $120,000 price point; the Studio System+ is available to reserve with a $1,000 deposit.