A petition backed by more than 130 industry organizations is making its way to the U.S. Department of Labor’s Occupational Safety and Health Administration arguing for an official standard on heat protection.

Led by nonprofit Public Citizen, the petition is calling for OSHA to do more than just point to suggested guidelines provided by the National Institute of Occupational Safety and Health.

Public Citizen launched a national campaign in mid-July urging OSHA to create a national heat protection standard arguing that, as the climate changes, workers are experiencing more and more heat stress every year, which can take a dangerous toll on the body. 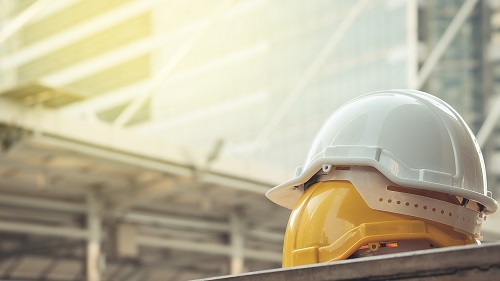 flukyfluky/Getty Images
A petition backed by more than 130 industry organizations is making its way to the U.S. Department of Labor’s Occupational Safety and Health Administration arguing for an official standard on heat protection.

“There is an undiagnosed epidemic of heat-related illness and death in this country, and the problem will get much worse very quickly because of global warming,” said David Arkush, managing director of Public Citizen’s Climate Program.

“Some of our most vulnerable workers are at the highest risk. We need to protect them right away, and we need aggressive action to halt greenhouse gas pollution and stop climate change.”

According to the government, 69,374 workers were seriously injured from heat between 1992 and 2016, and 783 U.S. workers died from heat exposure. By combining climate projects and census data, Public Citizen concluded that, by 2050, more than one million agriculture and construction workers will experience 30 days or more of dangerous heat per year.

“Not abnormal, not above and beyond, but they—once they adapt—I've been in glass plants where people are working in 120 degrees day in day out, and do fine."

OSHA does provide visual indicators for heat index levels, which are the baselines for the NIOSH guidelines. However, those levels were recently put under the magnifying glass by the Centers for Disease Control and Prevention, which oversees NIOSH.

Last month, the CDC released findings from a study that determined whether the heat index limits are effective in protecting workers. The retrospectively reviewed 25 outdoor occupational heat-related illnesses—14 fatal, 11 nonfatal—investigated by OSHA from 2011 to 2016.

Some are hopeful that the petitions and studies will make a difference.

Former OSHA director David Michaels told NPR that he believes the only reason the heat standard hasn’t been written yet is because OSHA resources have been devoted to other rules, such as those for silica and beryllium.