A year after Hurricane Harvey devastated parts of Texas, voters in Harris County have approved a $2.5 billion bond measure that will allow commissioners to move forward with the more than 200 flood-mitigation projects that are in the works.

What’s more is that several of the projects already have the green light, bypassing the public meetings stage that will be enforced for all other projects, as officials say transparency with how the money is spent is paramount. 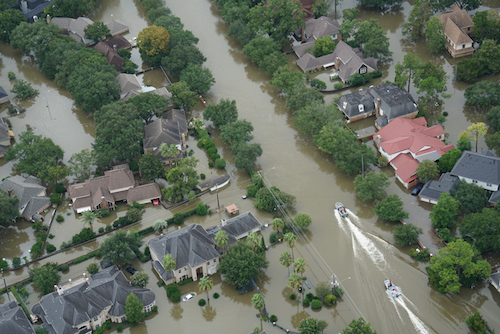 Images: © iStock.com / Karl Spencer
A year after Hurricane Harvey devastated parts of Texas, voters in Harris County have approved a $2.5 billion bond measure that will allow commissioners to move forward with the more than 200 flood-mitigation projects that are in the works.

“That’s what the (Harris County) Flood Control District committed to,” said Matt Zeve, the district’s operations director. “That commitment was advocated very strongly by several groups. The perception is that we’re too opaque, that people don’t understand how decisions are made.”

More than 85 percent of Harris County residents who voted approved the proposition in the special election, which was held in August instead of November so that projects could be completed by the start of next year’s hurricane season in June.

In general, the bond is slated for projects such as:

In terms of funds allocation, the current plan is:

A full list of the 237 proposed projects can be found here.

Officials say that the bonds will be sold in increments over the next 10-15 years and tax increases are estimated at no more than 2-3 cents per $100 of assessed property.

In December 2017, Harris County commissioners unanimously approved stricter flood-plain regulations, which now require new homes be built to the 500-year storm plan, instead of the 100-year.

The new requirements mandate higher elevations for homes—about 8 feet higher in some places—necessitating pier-and-beam construction. The requirement also mandates that homes are able to withstand “a three-second gust basic wind speed of 120 miles per hour,” the Houston Chronicle reports, which could mean reinforcement straps connected to rafters and walls.