The United States’ tariffs on foreign steel and aluminum are garnering criticism not only from many of the countries that have been subjected to the duties, but from members of U.S. Congress, including a Wisconsin Republican who late last week questioned what he called the “arbitrary” nature of the Commerce Department’s exemption process. 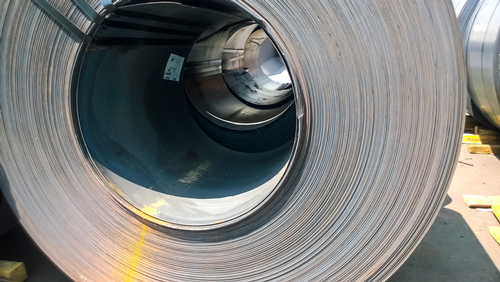 © iStock.com / Leonid Eremeychuk
Steelmakers have praised the U.S. tariffs on imported steel and aluminum products, but some manufacturers complain the exemption process is arbitrary and unfair.

The tariffs, instituted over a period of months this spring and affecting steel from other countries across the globe, including China, Canada and the European Union, assign duties of 25 percent on steel products and 10 percent on aluminum. Companies that feel they need to use steel or aluminum from another country—because that particular product isn’t made in the U.S., for example—may apply for an exemption, but others can take advantage of the public comment period on the exemption requests and file an objection.

In many cases so far, steelmakers have filed objections to other companies’ exemption requests; some of the companies whose exemptions are in question have accused steelmakers of dishonesty in their objections.

Sen. Ron Johnson, R-Wisconsin, reportedly wrote Thursday to Secretary of Commerce Wilbur Ross, addressing the exemption process on behalf of manufacturers in his state that say the tariffs have hurt them. One business, he said, has had to pay $2.6 million in tariff costs after being denied an exemption by Commerce.

The New York Times reported earlier in the week that about half of all exemption denials came on requests that had been objected to by U.S. Steel, Nucor or AK Steel. The other half, the newspaper reported, came as a result of errors in the exemption submissions.

While steelmakers have praised the tariffs, industry groups including the American Petroleum Institute have expressed concerns about the duties raising the cost of new projects and important parts that are imported for manufacturing and infrastructure work in the U.S.

A point of contention has been the denial of an exemption request by Plains All-American Pipeline for pipe for its Cactus II pipeline, being built in Texas.

Contractors have expressed concerns about the tariffs' effect on infrastructure projects as well.

“The broader impact of the new tariffs and the trade fights that are now emerging is a significant and costly loss in productivity for many construction firms,” said Stephen E. Sandherr, the chief executive officer of the Associated General Contractors of America.