Report: Construction Disputes Dragged On in 2017

Global design and consultancy firm Arcadis (Highlands Ranch, Colorado) recently released a report detailing that while the value of construction disputes in North America dropped for the fourth year in a row, the average time taken to resolve these disputes increased in 2017, surpassing the global average.

The report focuses the causes, duration and value of construction disputes while also looking at how such disputes are handled. 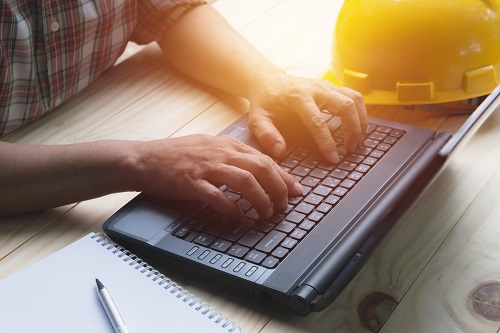 © iStock.com / kirisa99
Global design and consultancy firm Arcadis (Highlands Ranch, Colorado) recently released a report detailing that while the value of construction disputes in North America dropped for the fourth year in a row, the average time taken to resolve these disputes increased in 2017, surpassing the global average.

"In an environment of labor shortages and increased pressure from expediting projects, it is often instinctual to focus on getting a project started first and dealing with consequences later,” said Roy Cooper, head of contractor solutions, North America, for Arcadis.

"Even though many owners are fully aware that taking the time to administer a sound contract and negotiating clauses and terms are best practices, the results still show that failure to do so is an industry-wide problem. This emphasizes the importance of understanding the human factors that play into disputes as much, or even better than, understanding the technical issues themselves. We further explore the common causes of disputes and the related solutions to aid in the future delivery of projects and hope this will serve as a helpful guide for the future."

For this report, “dispute” was defined as a situation in which two parties typically differ in the assertion of a contractual right, resulting in a decision being given under the contract, which in turn becomes a “formal dispute.”

In 2017, the average dispute value in North America was $19 million, down from 2016 ($21 million) and less than the global average ($43.4 million). The Middle East had the highest average at $91 million (all values were represented in U.S. dollars), the United Kingdom rang in second with $34 million and continental Europe averaged $29.5 million.

While North America was the lowest in dispute value, it ranked second-highest in average length of disputes (17.7 months), far exceeding the global average (14.8 months).

Continental Europe had the longest average duration, at 18.1 months, followed by the Middle East at 13.5 and the U.K. at 10. The report noted that analysts had anticipated both dispute values and dispute lengths to decrease for North America, yet the dispute length increased from 15.6 months in 2016.

“In many instances when the problem starts as a technical issue, it can be exacerbated by failing to tackle the issue head on and instead many project members can take an ‘ostrich’ approach, which only causes the situation to fester. The ‘ostrich’ approach is absolutely the wrong way to deal with a developing problem on a project.”

The top three causes of contract disputes globally, which remained the same year over year, include:

The most popular methods to resolve the disputes include:

The report also noted that contract and specification reviews were considered the most effective claims avoidance technique.

In the North America analysis, the report closes by noting the anticipated increase in large construction projects in 2018.

“With these larger and more complicated projects comes a need to embrace more sophisticated claims-avoidance techniques,” the report says, including: