The U.S Geological Survey recently released a report outlining dozens of San Francisco high-rises that would be at risk if a major earthquake were to occur.

The report (titled “The HayWired Earthquake Scenario—Engineering Implications”) lists 39 buildings that it says could buckle in a major earthquake—basing measurements off of the 1906 Great San Francisco earthquake, which was a magnitude 7.8, and the 1989 Loma Prieta earthquake, a 6.9.

The study notes that many of the skyscrapers considered to be in danger are welded steel moment-frame buildings, a building technique that’s no longer used. 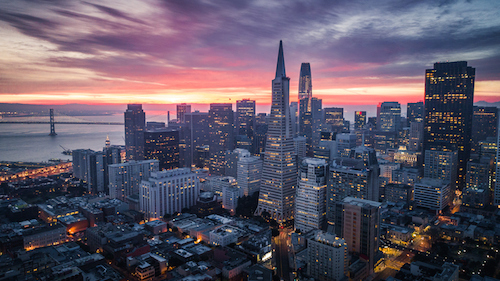 © iStock.com / heyengel
The U.S Geological Survey recently released a report outlining dozens of San Francisco high-rises that would be at risk if a major earthquake were to occur.

While codes were rewritten after the 1994 Northridge earthquake in Los Angeles fractured 60 high-rises, a large cluster of buildings in San Francisco’s downtown that were built between 1960 and 1994 have not been retrofitted. Many other municipalities made such fixes mandatory, including Santa Monica, which is giving owners of steel-frame buildings 20 years to complete costly retrofits.

“This is an issue that structural engineers should have been dealing with continuously since the mid-1990s and we just dropped it,” Keith Porter, an earthquake engineering expert who helped lead the USGS study, told The New York Times, which sifted through the 400-plus-page report. “We don’t know how to deal with a problem this big.”

A San Francisco city administrator noted that the city is working in the assessment phase of many of the buildings, but that “There are only so many engineers in this city. There’s only so much money."

17. California Automobile Association Building, 100 Van Ness (The owners of this building dispute this listing, saying that a 2013 retrofit brought the building up to current codes.)