In the latest bid to prevent construction of the Gordie Howe international Bridge, the Moroun family, owners and operators of Detroit’s Ambassador Bridge, have released a TV commercial asking the president to intervene.

The commercial asks President Donald J. Trump to review and revoke a 2013 presidential permit that allows Canada to construction a new bridge to Detroit.

In 2012, Michigan Gov. Rick Snyder worked out a deal with Canada to construct a second bridge that would provide another route into the northern country, a project that would later become known as the Gordie Howe International Bridge; Moroun's privately owned Ambassador Bridge is currently the busiest crossing between Canada and the U.S. in terms of trade volume, the the Gordie Howe would be just miles away if built. Moroun has spent years fighting the Howe plan, attempting to make a case that the deal is null and void because it did not involve the state legislature's approval. 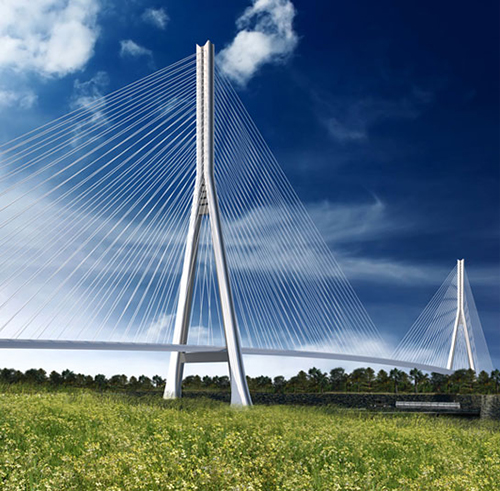 As of late January, Canadian officials labeled the Gordie Howe International Bridge the country's foremost infrastructure priority; officials expect to sign a contract with the selected bidder by September.

In mid-May, Moroun lost another lawsuit, which was rejected by a three-judge panel upholding a prior Court of Claims ruling that several companies owned by Moroun missed a one-year statute of limitations for claims against the state of Michigan by failing to provide a timely notice of intent.

The ad suggests that the Canadian bridge will take jobs and trade away from Detroit, adding that the steel used to make the span might be made outside the U.S., with construction jobs not being given to Americans.

The presidential permit for the bridge indicates that steel used in construction must come from the U.S. or Canada, and will be financed by the northern neighbor, with Michigan repaying its share with toll collections over several decades. Project supporters have also said that construction of the bridge would mean thousands of jobs for the States.

Currently, Michigan is in the final stages of acquiring the necessary land on the U.S. side to begin construction, including working toward obtaining the title to 25 commercial properties in Detroit’s Delray area; 20 of those properties belong to Moroun.

Dan Stamper, the Bridge Company's president, said that the plea was made because it aligns with Trump’s “America First agenda,” adding that it’s necessary because of Canada’s anticompetitive demands associated with a second Ambassador Bridge span.

The ad, which aired on Fox and Friends, was paid for by the Detroit International Bridge Company, which maintains the Ambassador Bridge under Moroun.