Global coatings supplier Hempel (Kongens Lyngby, Denmark) announced Tuesday (May 29) that it has agreed to acquire 65 percent of German paint manufacturer J.W. Ostendorf in a move it says is part of a strategy for growth. 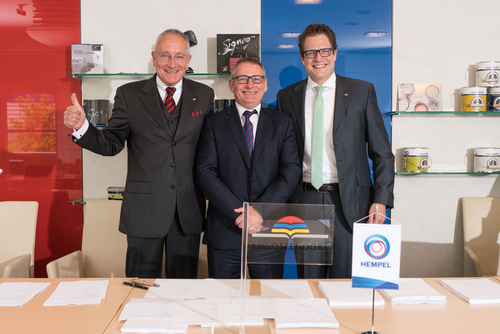 The JWO acquisition strengthens Hempel's presence in the decorative paints market; in general, Hempel has historically been better known for its protective and marine offerings. JWO has about 750 employees, according to Hempel, and is based in two locations, in Germany and France. The company makes mainly water-based paints for the retail market, with a focus on environmental friendliness.

Family-owned JWO will be managed day to day by Jan and Jens Ostendorf, sons of former majority shareholder MIchael Ostendorf, who also remains a shareholder.

"It is with great pride and joy that we now become part of the Hempel Group," said Michael Ostendorf.
"I particularly look forward to the close collaboration we are forming with Crown Paints. By joining forces, we create a strong platform for continued expansion in the European decorative market."