One of the three companies in an ongoing legal battle in California has settled a lawsuit involving lead paint.

NL Industries Inc., formerly known as National Lead Co., reached a $60 million settlement with 10 California cities and counties, the end of one part of a lawsuit that was originally filed by Santa Clara County in Superior Court in 2000.

The original filing was intended to hold several gas, paint and chemical companies accountable for what was deemed a massive public health crisis brought on by the presence of lead paint in a number of California homes and buildings. 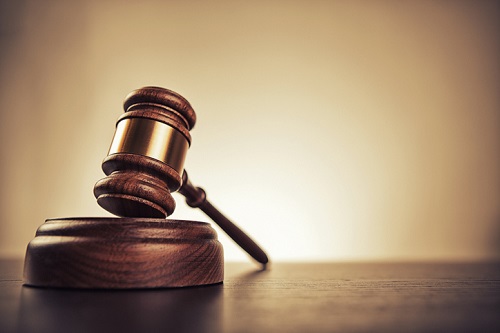 © iStock.com / Marilyn Nieves
NL Industries Inc., formerly known as National Lead Co., reached a $60 million settlement with 10 California cities and counties, the end of one part of a lawsuit that was originally filed by Santa Clara County in Superior Court in 2000.

During the 2013 trial, Judge Kleinberg dismissed Atlantic Richfield and DuPont, subsequently ordering The Sherwin-Williams Company, ConAgra Grocery Products Inc. and NL Industries to pay $1.1 billion into a fund that would be distributed to the 10 cities and counties affected, as needed.

In 2014, the judge increased the liability to $1.15 billion. That same year, after being denied the vacation of an amended judgment and the granting of a new trial, the three defendants filed notices of appeal, which effected an automatic stay of the judgment.

In an August 2017 hearing, attorneys representing Sherwin-Williams, ConAgra and NL Industries argued for a reversal of the December 2013 ruling.

Primary points of the companies' argument included that moving forward with the abatement would uphold an unprecedented expansion of public nuisance law, and that the companies themselves should not be held liable for old advertisements that promoted the use of lead-based paint.

“The plaintiff historians were unable to provide a single advertisement where Sherwin-Williams advertised lead-based paint for interior use or white lead carbonate in old lead paint in any of its advertising,” Tony Dias, a partner at Jones Day, which is representing Sherwin-Williams for this case, told Durability + Design News at the time.

In the November 2017 ruling, the Sixth District Court of Appeal in San Jose rejected that free speech claim, but did drop the amount of cleanup that the companies are responsible for to homes build before 1951, instead of 1978. This took the $1.15 billion tag down to $400 million.

Then, in February 2018, a high court judge denied a review of the November 2017 ruling, the most recent installment that involved all three companies. At the time, Andre Pauka, a lawyer for NL, said that the companies were planning to appeal to the U.S. Supreme Court.

What the Settlement Means

The agreement with NL applies to abatement of interior paint in houses built in the 10 municipalities before 1951. The case is still pending in regards to the other two companies in Santa Clara County Superior Court for a determination of how much funding is needed to address all of the houses.

Reports say that Santa Clara County counsel’s office has estimated the remaining amount needed for the abatement at $670 million.

“The settlement amount with NL is not a reflection of the company’s share of total liability, but rather its ability to pay,” the counsel said in a statement. “Rather than seeking a higher amount that could drive NL into lengthy bankruptcy proceedings and result in pennies on the dollar for remediation, this settlement provides timely, unrestricted funding to clean up the hazards of lead paint and address the harms to children and other vulnerable populations resulting from toxic lead paint in homes.”

Also as part of the settlement, NL agreed to withdraw support from a proposed November ballot initiative that would declare that the manufacturers are not liable for lead paint in public homes.

“The Healthy Homes and Schools Act” would authorize $3.9 million taxpayer-paid state bonds that would fund remediation of not just lead, but also mold, asbestos and other environmental dangers in residences, schools and senior citizen facilities.

The initiative is bankrolled by the two other companies in the suit, which argue that it would fix a lot more homes in a wider area with more problems than just lead abatement. Critics argue that it’s just a way for the companies to avoid paying the cleanup.

Either way, the initiative needed to submit 365,880 signatures by July 25 to get a spot on the ballot in the next election cycle. To date, it has filed approximately 680,000.

Pauka also noted that, even though NL has reached a settlement (which is pending “good faith” approval), it does not admit wrongdoing in the case.

"Although NL does not agree with the ruling in the courts, and by settling does not admit to any of the claims in the case, NL would prefer that its limited financial resources be used to fund public health programs rather than be spent on continued litigation," Pauka said.

"Subject to the court's approval, NL will be able to put this litigation behind it and provide funds for the jurisdictions to address lead paint in the manner they believe is most effective to protect health.”