Both New York’s Metropolitan Transportation Authority and state officials recently accused Amtrak of planning to redevelop sections of Penn Station without input from other parties. A spokesperson for Amtrak expressed confusion over the accusation, as discussions over Penn Station’s future had recently taken place.

According to Politico, Amtrak is set to leave Penn Station and will make its new home the James A. Farley Post Office building, also known as Moynihan Station.

MTA President Patrick Foye and Empire State Development Corporation president Howard Zemsky said in a joint statement that they had learned of Amtrak’s plan to entrust a private party with the development of the station. 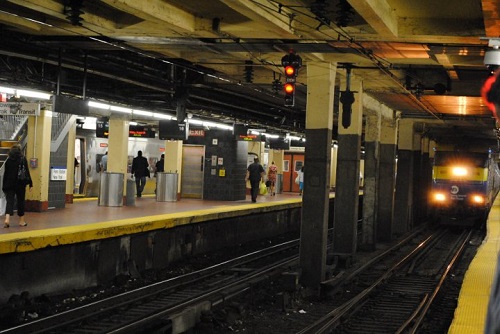 That, they said, would go against plans to transform Penn Station.

“Despite New York State’s mobilization toward this goal, and its leadership in delivering a new home for Amtrak in Moynihan Station, Amtrak has conveyed its intent to unilaterally entrust the future of Penn Station to a private developer rather than engage in a thoughtful, collaborative planning process," the joint statement continued.

Amtrak spokesperson Christina Leeds expressed Amtrak’s confusion regarding the matter, citing that the company had recently met with ESD, Long Island Rail Road and MTA staff to collaborate on ways to improve the station, which includes “seeking a world-class facilities operator for our concourse."

As part of a move to increase station cleanliness and efficiency, Amtrak plans to hire a private property manager to operate the company’s concourse in Penn. It is not yet clear if the manager will oversee the other company spaces.

“First and foremost, we want to make the station focused on travelers still,” said Amtrak official Janet Campbell-Lorenc, who is also managing the station overhaul. "It’s still about rail travel and helping customers through the building. But we also want to generate revenue.”

New York state is working on its own planning process, however—MTA and Gov. Andrew M. Cuomo have expressed interest in using the free room to spread out customers from LIRR’s cramped space.