With First Graphene Limited recently commissioning the Henderson Commercial Graphene Facility, the company has been working to help companies expand their graphene product selections. Graphene, the firm says, can be an asset to the maritime industry in antifouling paints and coatings.

The terms of the agreement with Engage Marine include collaborating on graphene-enhanced antifouling as an additive for existing coatings or a new formulation, as well as fire-retardant, noise-reducing coatings for ship bulkhead doors and engine rooms and graphene-enhanced polypropylene ropes. 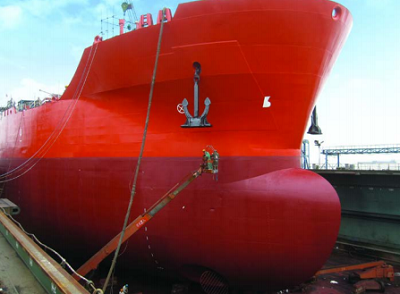 “Engage Marine [is] excited to form this relationship with First Graphene to explore opportunities in the maritime sector,” said Mark Malone, Chief Executive Officer at Engage Marine. “Both companies see significant potential benefits in utilizing the unique properties of graphene to improve the operational efficiency and environmental impact of several marine applications including hull paint and ropes.”