The U.S. Government Accountability Office will be taking a look at the cost of mass-transit infrastructure projects in the country, and especially in the New York City area, to determine why construction often ends up costing far more than similar projects elsewhere.

The New York Times reported last week that the GAO will be investigating at the request of Congress in a move authorized in last month’s omnibus spending bill. A similar study was written into budget legislation last year but the language was removed before the budget bill passed.

The GAO, an official spending watchdog for the federal government, will compare the process involved in major transit infrastructure projects in the U.S. with those in other countries in hopes of determining why cost overruns are so common on U.S. jobs. 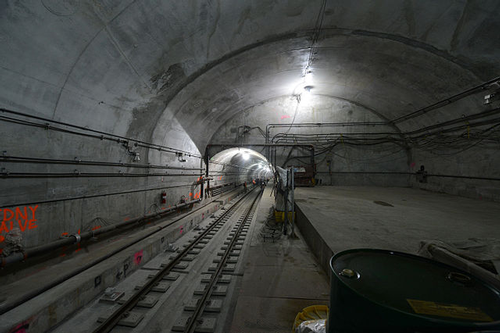 The Times points out, for example, that the recent Second Avenue Subway project in New York City cost $2.5 billion per track mile, in comparison with $500 million per track mile for similar projects internationally. The newspaper recently published an investigation of ballooning costs on the Long Island Rail Road project, which is set to cost $12 billion total, pointing to “politically connected labor unions, construction companies and consultants” inflating their fees at the expense of taxpayers.

The GAO report must be filed before the end of this year.

The GAO investigation comes as Congress and President Donald J. Trump attempt to move forward on an infrastructure funding plan that would include $200 billion in spending to spur $1.5 trillion in state, local and private infrastructure investment over the next 10 years.

The infrastructure plan set out by the Trump administration would expand the Railroad Rehabilitation and Improvement Financing program and subsidize assistance for short-line freight or passenger rail projects in an effort to spark state investment in the projects. But the plan would also potentially come with cuts to Amtrak and mass transit funding at the federal level, according to administration officials.

The “Infrastructure Czar” behind the plan, DJ Gribbin, announced Wednesday (April 4) that he would be stepping down from his post. Trump said last week that the passage of the plan would like not happen until after the mid-term election in November.