The design-build model, currently available only to certain authorities and agencies for public projects in New York state, is the topic of debate ahead of the state's April 1 budget deadline, with some hoping to see the process approved for use more generally, especially in New York City.

Gov. Andrew Cuomo’s counsel Alphonso David penned an outline to New York City Council Speaker Corey Johnson earlier this month that includes a proposal for allowing New York City to use design-build for all capital projects. In a design-build project, one team (often a joint venture or partnership) is responsible from the design phase through construction, streamlining a large project into one contract. 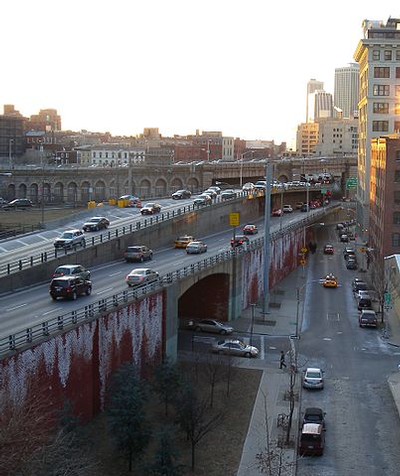 Jim.henderson, public domain, via Wikimedia Commons
The rehabilitation of the Brooklyn-Queens Expressway is a priority that proponents say could be expedited via the design-build process.

Legislation for expanding design-build as an option for more agencies and municipalities in the state has been put forth in the past but didn’t get through the legislature in Albany. Now, though, there’s more of a time crunch as projects such as the Brooklyn-Queens Expressway are a higher priority.

“All local governments want broad design-build authority, but it has been a nonstarter legislatively,” said David.

Because the proposal has been shot down before, David is pursuing a system in which New York City could seek design-build approval on a case-by-case basis, which proponents say could please everyone while saving the city money and time.

In addition to the BQE project, the state would also support new jails to replace Rikers Island.

“[If] the city was aggressive in expediting the closing of Rikers, they would request design/build authorization for construction of the new jails,” David’s letter reads.

“Let me just quickly ‘amen’ to the Speaker and thank him for coming back to issue,” de Blasio said when Johnson called for design-build to help expedite the closure. “Design-build is not the sexiest issue around, but it’s incredibly important.”

In the letter, David reportedly played up that Johnson’s support would help settle waters between the Council, de Blasio and Cuomo.

Last month, State Sen. Brian Kavanagh and Assemblywoman Joanne Simo hosted a rally in Brooklyn in support of a design-build attack for the BQE.

According to supporters, a design-build contract would shave two years off the project that would replace a section of the triple-cantilevered bridge. If the process is drawn out, there’s a fear that a weight limit would have to be imposed on the bridge. A weight limit would result in rerouting the approximately 16,000 trucks per day, which CBS New York called “truck-mageddon.”