Researchers at a university in India have proffered a novel idea for protecting the hulls of ships from fouling and corrosion: seaweed.

A team from Bharathidasan University, in Tiruchirapalli, recently published new research in Scientific Reports indicating that a particular type of aquatic plant, Turbinaria ornata, could be used as the source of an additive to prevent biofouling. 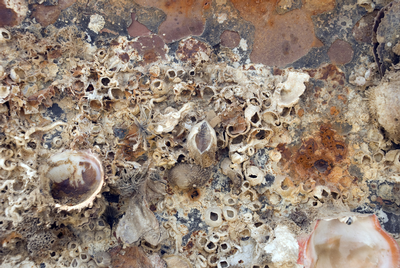 © iStock.com / clearandtransparent
Researchers in India have found that a particular type of seaweed can be used to create a solution that kills bacteria and barnacles on a surface but is not a threat to nonfouling organisms in the water.

The group, led by postdoctoral fellow Muthukumar Krishnan, says in its paper, “Biogenic Corrosion Inhibitor on Mild Steel Protection in Concentrated HCl Medium” that a solution of T. ornata was able to kill 100 percent of Balanus amphrite, a common acorn barnacle. Tests were also successful in controlling bacteria growth using the solution.

Potential Use in Coatings

The researchers note that they believe based on the study’s findings that T. ornata could be incorporated into coatings made to prevent corrosion, biofouling and bacteria growth, replacing agents like tributyl tin, which was used as an antifoulant in the past but is now banned over concerns about its environmental and health effects.

Testing using brine shrimp also indicated, the paper says, that the seaweed solution is less harmful to nonfouling marine life that might ingest it while swimming free if it leaches from the substrate it is protecting. This factor that could make it preferable to other antifoulants like copper, which has come under fire in some jurisdictions, including Washington state, over its potential danger to marine life. (A previously enacted ban on many copper antifouling paints in that state that was set to take effect in 2018 and 2020 has now been pushed back to 2021 as the Washington Department of Ecology studies alternative antifoulants.)