A Pennsylvania painting subcontractor pled guilty Monday (Jan. 22) to charges of embezzlement, wire fraud and violations of the Clean Water Act in a case stemming from a rehab job on Harrisburg’s George Wade Bridge.

Andrew Manganas, 60, of Canonsburg, entered a guilty plea along with his company, Panthera Painting Inc., in a case that’s been pending since an indictment in July 2016. The George Wade rehab job took place between 2009 and 2013, and Panthera acted as a painting subcontractor for the project, under general contractor J.D. Eckman. 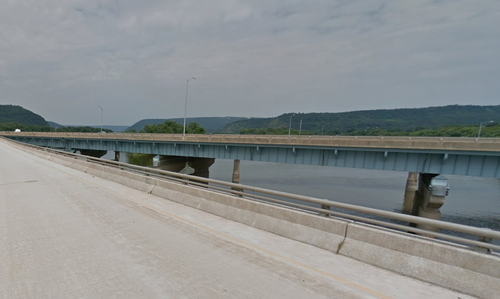 According to the criminal complaint, Manganas oversaw the dumping of waste paint, spent abrasive media and metal into the Susquehanna River over three painting seasons, and underreported wages paid to union employees, thereby defrauding the Federal Highway Administration and taking money out of the hands of the workers and the union.

Manganas and Panthera issued a statement to the U.S. District Court of the Middle District of Pennsylvania on Monday admitting to the charges.

According to the indictment, between 2011 and 2013, “Panthera workers, at the direction of and with the knowledge of defendant Manganas, in fact used a variety of methods and equipment to discharge pollutants, including abrasive paint blasting materials, waste paint, and metal, into the Susquehanna River, rather than collect them for recycling or disposal as hazardous waste.”

Specifically, the indictment said—and Manganas admitted in his guilty plea—that workers blasted paint off of metal outside of containment areas; used air hoses connected to blasting equipment to blow debris off the bridge and into the river; used fabric with holes in it for containment; had workers poke holes in containment to let wastes discharge into the river; pushed waste off the side of the bridge; and tipped over metal pans used to collect paint waste.

The embezzlement and fraud charges stem from Manganas’ practice of submitting false Certified Payroll Reports indicating that workers had only worked 40 hours per week. Manganas admitted to paying workers for overtime via a “per diem” payment that was not subject to the appropriate taxes and union deductions.

The subcontract on the George Wade Bridge job was originally worth $9.875 million; during the course of the job, the price tag rose above $10 million.

Manganas and his company were sued in 2013 by the International Union of Painters and Allied Trades district councils in Pittsburgh and Philadelphia over allegations the company failed to pay into the union pension fund appropriately. The firm also faced nearly $460,000 in fines from the Occupational Safety and Health Administration in 2013 after the agency found that workers on the George Wade Bridge and two other jobsites were not supplied with proper respirators and other safety equipment during abrasive blasting operations.

Manganas and the company face sentencing no sooner than late March.