According to a recent report from the National Institute of Building Sciences, every federal grant dollar spent on disaster resiliency and mitigation can save the United States $6. On top of that, the study found that every dollar spent on building to higher standards than the 2015 building codes could save $4.

The study, titled Natural Hazard Mitigation Saves: 2017 Interim Report, was released earlier this month, around the same time that the National Oceanic and Atmospheric Administration declared 2017 the costliest year on record for weather and climate disasters (with costs coming in at $306 billion). 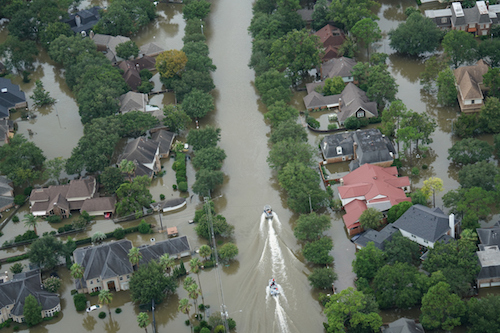 © iStock.com / Karl Spencer
According to a recent report from the National Institute of Building Sciences, every federal grant dollar spent on disaster resiliency and mitigation can save the United States $6.

During the study, the Institute looked at the results of 23 years of federally funded mitigation grants provided by the Federal Emergency Management Agency, the U.S. Economic Development Administration and the U.S. Department of Housing and Urban Development and came to the $6 savings figure.

“In addition, designing new buildings to exceed the 2015 International Building Code and International Residential Code would result in 87,000 new, long-term jobs, and an approximate 1 percent increase in utilization of domestically produced construction material.”

NIBS notes that the report was funded by both public and private organizations including FEMA, HUD, EDA, ICC, IBHS, the National Fire Protection Association and the American Institute of Architects.

In addition, more than 100 subject matter experts participated in the development and review of the study.