RPM reported sales of $1.32 billion in Q2, which ended Nov. 30; that’s up 10.5 percent from the $1.19 billion in sales the company achieved in the second quarter of 2017. The increase came as a result of both organic sales—up 4.2 percent—and acquisitions, which increased sales by 4.7 percent; foreign currency translation also worked in the company’s favor, adding 1.6 percent to sales figures. 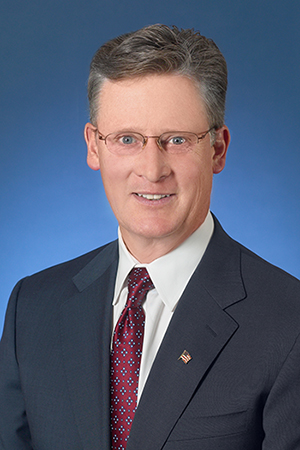 RPM International
“Sales growth was strong across all three of our business segments, with a balance of organic and acquisition growth,” said Frank C. Sullivan, RPM chairman and chief executive officer.

The company’s net income for the quarter was $95.5 million, up from an adjusted net income of $70.5 million in RPM’s prior-year quarter—and up considerably compared with the net loss of $70.9 million that the company actually posted in 2017 Q2 due to two major one-time charges.

Those sales and net income numbers, along with earnings per diluted share of $0.70, represent records for the company, RPM says.

“Sales growth was strong across all three of our business segments, with a balance of organic and acquisition growth,” said Frank C. Sullivan, RPM chairman and chief executive officer. “We are also seeing the benefits of last year’s product line acquisitions and cost reduction efforts on improved leverage, which more than offset higher raw material costs that have negatively impacted gross profit margins.”

Sales were strong across all three of RPM’s segments in Q2, with growth of about 11 percent in both the Industrial and Consumer segments, and 7.4 percent growth in Specialty.

Sullivan attributed strong sales to growth in the roofing and commercial and industrial polymer flooring industries, and a “slight rebound” in the oil and gas market.

The Consumer segment, including Rust-Oleum, DAP and Zinsser, reported sales of $415.4 million in Q2 this year, up from $373.7 million in the same quarter last year. The segment posted an adjusted EBIT of $45.2 million, down slightly from the adjusted number of $47.7 million in Q2 2017. EBIT before adjustment in last year’s second quarter, though, was actually a $140.5 million loss, owing to a $188 million impairment charge related to RPM’s Kirker nail enamels business.

“During the quarter, we saw a sharp uptick in business from caulks and sealants products, as well as some international markets,” Sullivan said. “The segment also benefited from last year’s acquisitions of Touch ‘N Foam in the U.S. and SPS in Europe. The decline in EBIT resulted from higher raw material costs and unfavorable manufacturing absorption and product mix.”

The Specialty segment, with brands including Day-Glo, Dryvit and RPM Wood Finishes, reported net sales of $197 million, up from $183.6 million in Q2 of 2017. The segment saw EBIT of $34.3 million in the second quarter this year, up from $31 million in the same quarter last year.

The company also reported expenses in the “Corporate/Other” category, accounting for a $17.9 million in costs subtracted from the firm’s EBIT this quarter.

In the second half of the fiscal year, RPM expects continued growth in oil and gas, and steady earnings in construction in the U.S., bolstered by construction needed in regions affected by last year’s hurricanes.

In the Consumer segment, Sullivan said he expects “low-to-mid-single-digit” sales growth, largely organic in nature. “We plan to invest in our great brands by stepping up advertising and promotional activity in the spring sell-in season and, therefore, expect back-half earnings results to be fairly flat to last year in this segment,” he said.

Sullivan also expects earnings per share to be bolstered by the lower corporate tax rate in the U.S., effective immediately in the new year.