Seattle Tower Could Be Seismic Game-Changer

The design of a new “proof of concept” tower in Seattle could change the game for towers’ seismic and wind resistance, experts say.

The design for the $370 million Rainier Square Tower features a composite structural steel frame instead of the traditional steel frame around a reinforced concrete core.

“This is going to be a watershed in terms of high-rise construction,” Shannon Testa, senior project manager for general contractor Lease Crutcher Lewis. 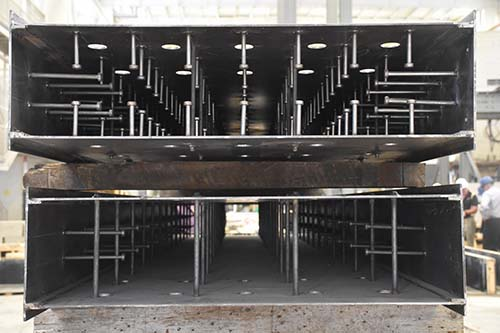 American Institute of Steel Construction
The design of a new “proof of concept” tower in Seattle could change the game for towers’ seismic and wind resistance, experts say.

The 58-story tower’s construction is slated to take 40 percent less time than a traditional design. Those in charge of erecting the steel superstructure—set to begin in August—say that job will take about one year (around nine months less than normal).

The key to this, reports the Engineering News-Record, is the composite steel frame with a shear-wall core, which has a system of cross-tied steel-plate walls filled with concrete.

That reduced timeframe allows for lower construction costs paired with an earlier revenue stream, which is exciting both contractors and developers.

This application is the first of its kind for a building of this height aiming for an earthquake-resistant core and was developed by structural engineer Ron Klemencic, chairman and CEO of Magnusson Klemencic Associates.

“Rainier Square brings together my insatiable search for ‘better,’ passion for research and development and intense collaboration with the entire design and construction team to create a breakthrough in how tall buildings are constructed,” Klemencic told ENR.

Michel Bruneau, a professor of engineering at the State University of New York at Buffalo and a co-investigator for ongoing physical load tests at Purdue University, peer-reviewed the structure and praised the design.

“On the basis of what we’ve seen, this is an excellent application [of the module], and it will be pioneering in its use in further high-rise construction,” Bruneau said, calling the system “so clever, I don’t understand why it hasn’t been done before.”

When studies surrounding the Coupled Composite Steel Plate Shear Walls system are complete, the American Institute of Steel Construction estimates that the system will be rated with an R Factor of R=8.