North Carolina environmental officials may further expand their investigation into the contamination of groundwater near a specialty chemicals plant after GenX, a chemical used in the formulation of industrial and consumer coatings, was found further from the facility than previously thought.

The North Carolina Department of Environmental Quality is currently investigating GenX contamination around the Chemours Fayetteville Works site, a 2,150-acre facility on the Cape Fear River in Cumberland and Bladen counties. 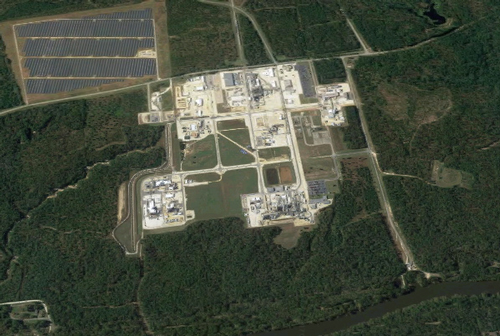 © 2018 Google
State officials are investigating GenX contamination in and around the Cape Fear River near Chemours' Fayetteville, North Carolina, plant.

In June, Chemours, a publicly traded company spun off from the former DuPont’s Performance Chemicals business, announced that it would implement new practices to capture and dispose of GenX to prevent it from reaching the groundwater, after the DEQ and state Department of Health and Human Services announced they were investigating reported GenX in the river.

At the time, Chemours said in a statement that it did not believe its plant was affecting the area’s drinking water, but that it would take extra precautions, “embracing its role as a significant employer and member of the community.”

In November, the DEQ cited Chemours for violating the terms of its wastewater permit after the company did not report a spill of dimer acid fluoride, used in the process of making GenX. The company admitted the spill, which occurred Oct. 6, after being questioned by the agency.

Testing throughout November and December revealed elevated levels of GenX in private wells within one mile of the Chemours plant. According to the DEQ, in December, there were 115 well owners who were receiving bottled water after testing revealed levels of GenX above the state’s health goal.

A new report from the Fayetteville Observer indicates that GenX contamination was recently found across the river from the plant, beyond the radius originally thought to contain contamination.

GenX is an unregulated chemical that has been shown to be a carcinogen to some animals. Its effects on humans are still being studied. It is used in the manufacture of fluoropolymers including PTFE, sold by DuPont and Chemours as Teflon.

Chemours did not immediately respond to a request for comment Tuesday (Jan. 2).

State Rep. Elmer Floyd, D-Fayetteville, introduced legislation last month to help state regulators study GenX and other “emerging contaminants,” and the General Assembly is expected to consider the bill this month. The bill, however, does not include funding.