Two European regulatory bodies have agreed on new restrictions on diisocyanates, the building blocks of polyurethanes that have been under increased scrutiny in recent years due to their potential negative health effects. 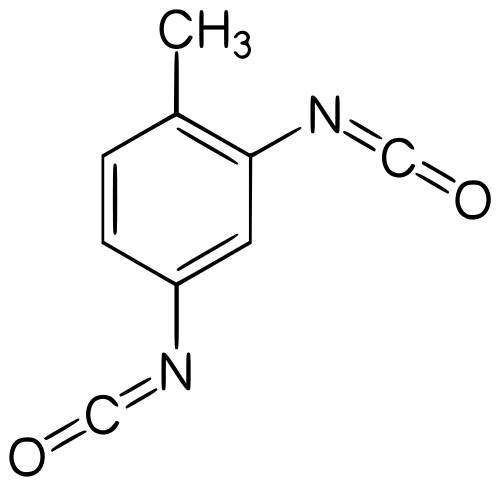 Yikrazuul, public domain, via Wikimedia Commons
Two European regulatory bodies have agreed on new restrictions on diisocyanates, the building blocks of polyurethanes that have been under increased scrutiny in recent years due to their potential negative health effects.

The European Chemicals Agency’s Committee for Risk Assessment (RAC) and the Committee for Socio-Economic Analysis (SEAC) voted Dec. 8 to approve restrictions on diisocyanates in workplace settings based on a proposal submitted by Germany. The goal of the restrictions is to reduce the incidence of asthma attacks stemming from exposure to the compounds.

The regulations are not official until the European Commission finalizes them.

The regulations would limit the use of diisocyanates to applications in which they comprise no more than 0.1 percent of a product by weight, and call for more comprehensive training for workers who will be in contact with the substances. The 0.1 percent limit includes exemptions for situations in which there is very low potential for exposure or no relevant risk of occupational asthma.

According to the ECHA, the 0.1 percent limit generalizes what had been the most restrictive limit on certain isocyanate compounds, applying that limit to all isocyanates.

Under the proposed regulations, employers whose business involves diisocyanates would be required to establish and regularly update a set of teaching material to teach employees about the risks of exposure.

According to the National Institute for Occupational Safety and Health, isocyanates can cause asthma as well as irritation to the skin and mucous membranes. Exposure, even just to the skin, can cause sensitization such that a worker can suffer a severe asthma attack upon re-exposure at a later point.

Diisocyanates including methylene diphenyl diisocyanate (MDI) and toluene diisocyanate (TDI) are combined with polyols to create polyurethanes and polyureas, used in paint and coating applications as well as products like spray foam insulation.