When 33-year-old Justin Mathews died suddenly after a visit to a jobsite where workers had been blasting using walnut-shell abrasive media, it raised questions about food allergies and some of the alternative blasting media that have come into use in place of dangerous silica sand. Two months later, investigators are still far from having definitive answers as to the cause of Mathews’ death and the larger implications for walnut-based materials across a number of industries.

Mathews, who was working for a firm hired to test the air quality on the Alberta site, a fire station under renovation in Edmonton, went into shock about 20 minutes after arriving at the building on Oct. 2, according to reports. According to Alberta OHS spokesperson Trent Bancarz, Mathews was rushed to the hospital, where he was taken off life support five days later. 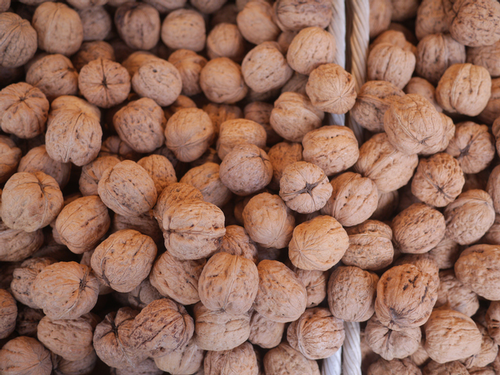 Mathews had a known allergy to tree nuts, and the presence of particles of walnut shell in the air at the site are being eyed as the likely cause of his death, though that has not been officially confirmed, Bancarz says.

Mathews’ reaction was likely the result of a convergence of factors, according to experts. While most people with allergies would not have a reaction from simply breathing the air around nuts, allergist Antony Ham Pong told Allergic Living that the superfine particles created during the blasting process were likely respirable, leading to the potential for airborne exposure.

Alberta OSH's Bancarz said he's never heard of an incident like this during his career, and was not aware of allergy concerrns around walnut blast media prior to Mathews' death.

Justin Mathews died after inhaling walnut particles used in sandblasting. He had a serious nut allergy. So sad. https://t.co/Za4YodeVUi

Walnut-shell abrasives have been in use since the 1960s and are part of a class of alternative blasting media that have become more popular for certain coating-removal applications since the dangers related to blasting with silica sand became more clear. Other organic blast media include those derived from corn cobs, peach pits and coconut shells; these softer media are often used on more delicate substrates, while those preparing steel substrates still generally rely on harder abrasives such as steel grit, slag or glass.

Walnut blasting media is made from shells, which in and of themselves would not be allergens if cleaned, Ham Pong told the publication. But shells converted to abrasive media are likely to be contaminated with walnut oil or pieces of walnut, which would cause a reaction.

The rules regarding food allergens in industrial settings aren’t entirely clear. Bancarz told PaintSquare News Alberta worker-safety rules don’t expressly address allergens, though there is a clause requiring employers to “take all reasonable steps to keep workers safe at the job,” which could be interpreted to include informing employees who may have allergies of potential allergens.

Bancarz says it’s unlikely an employer would have thought to screen workers in an industrial setting for food allergies.

In the U.S., there is little guidance from the National Institute for Occupational Safety and Health regarding food allergies in such settings; latex allergies and contact dermatitis are addressed more thoroughly.

Some manufacturers of walnut blasting media currently list the potential for allergic reaction on their safety data sheets, while others do not; some have added allergen information in updates since Mathews’ death, while others noted the risk prior to the incident.

Because of the acute nature of a serious food allergy, Ham Pong advises that individuals with nut allergies simply avoid areas where walnut media are being used in blasting operations. While workers could be fitted with respirators, a breach of the seal could lead to sudden anaphylaxis.

Bancarz says the Alberta OSH investigation into Mathews’ death could take up to two years to complete; the specifics of the exposure situation will be more clear when that report is issued.
Tweet