The annual R&D 100 Awards, presented by R&D Magazine to honor innovative developments across a range of industries, recognized among its honorees this year several coating and adhesive products.

The honors, announced at the annual R&D 100 Conference, held Nov. 16-17, in Orlando, went to private companies and government labs working in fields from materials to pharmaceuticals and computer technology. They were chosen from a list of 500 finalists announced earlier this year.

Rust-Oleum, owned by RPM Group, took home one award for its MetaPrime, a self-healing epoxy primer made for metal substrates. According to the company, MetaPrime maintains adhesion even after damage, and exhibits corrosion resistance. 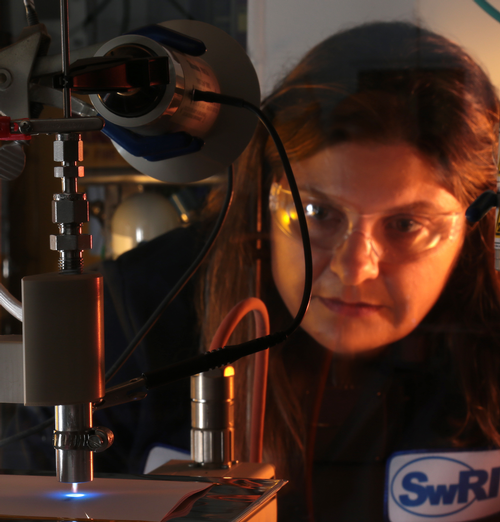 Coatings manufacturer PPG was recognized with two awards. The company’s premium compact process primer, a coating used as part of its compact paint process for automotive original equipment manufacturers, brought home one award. The other went to Liquid Nails Fuze-It All Surface, a construction adhesive product released last year by PPG brand. Recommended for many surfaces, from concrete to glass and tile, the product offers instant bond and instant water resistance, according to the company.

The Dow Chemical Company, now a subsidiary of DowDuPont, was recognized with 10 awards, after having made the finalist list 20 times. Its winning innovations included the following.

“Our coatings have been instrumental in the usability of large-format polymer-based additively manufactured tools and products by providing smooth surfaces and vacuum integrity for both room and high-temperature applications,” said TruDesign CEO Rick Spears.

ORNL took home nine awards, many shared like the TruDesign honor. Also of note from ORNL:

Battelle Memorial Institute, a nonprofit that plays a management role at the national laboratories (including Oak Ridge) took home two awards of its own, one dealing with the assessment of pipelines. PipeAssess PI, a software developed at Battelle, performs modeling of pipelines to predict crack growth and estimate the remaining service life of the pipe.

The Smart Leak Detection system—known as SLED—uses an algorithm to analyze data from pipeline sensors, detecting small issues that could eventually lead to leaks, without the need for human input.

And as part of a contract with the Defense Advanced Research Projects Agency, SwRI developed a High Power Impulse Plasma Source (HiPIPS) technology that it says “effectively generates coatings using high-density, high-flux plasmas at low temperatures and atmospheric pressures,” garnering another R&D 100 award. The innovation could be used for coatings on plastics and textiles, the organization says, and could be developed into an “environmentally friendly alternative to electroplating.”