Western Pennsylvania and the Texas Gulf Coast are each getting a new ethane cracker plant, with construction already commencing on the Pennsylvania plant, and planning underway for the Texas facility, set to be the largest of its kind.

The projects are part of the so-called “second wave” of ethane cracker plants; a cracker is a petrochemical facility that processes molecules in oil and gas into ethylene for use in products such as plastics. An ethane cracker processes ethane, found in natural gas; the Pennsylvania plant will be the largest of its kind constructed in the vicinity of the booming Marcellus shale formation. 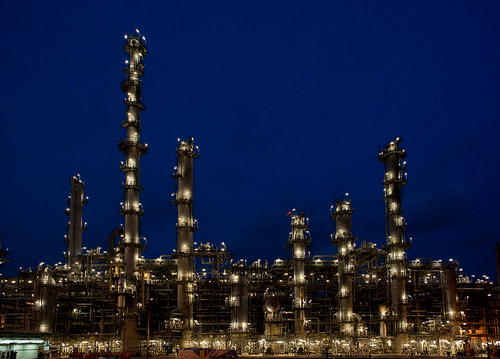 Shell
Shell plans an ethane cracker, similar to this one in Singapore, for western Pennsylvania.

The “first wave” of cracker construction consisted of a number of facilities that came online in 2017 or are expected to in the next one to two years; most are in the Gulf Coast region.

Shell began preliminary construction activities earlier this month on its Pennsylvania Chemicals Project, which will bring a reportedly $6 billion petrochemical facility to Potter Township, just northwest of Pittsburgh. The facility will include an ethane cracker that Shell says will have a capacity of 3.3 billion pounds of ethylene annually, as well as three polyethylene units capable of producing 3.5 billion pounds a year, and a natural-gas power plant.

Major construction activities on the Shell cracker will begin next year; the company expects to employ 6,000 workers in the process of building the facility. The company has not given a specific projection of when it will become operational, but says it will be finished in the “early part of the next decade.”

The Texas plant is a project of Exxon Mobil and Sabic, a global chemical company headquartered in Saudi Arabia. The facility was announced in April, and it’s expected to go into production in 2021.

The $10 billion plant will be a steam cracker, to be located in San Patricio County, near Corpus Christi. Another ExxonMobil cracker, in Baytown, was slated to begin operations by the end of 2017, but was recently pushed back to 2018.