Officials in both New York and Delaware are looking at opportunities to expand renewable energy options through offshore windfarms, just as a bill was put forth in the Senate that would give tax credits to offshore projects. 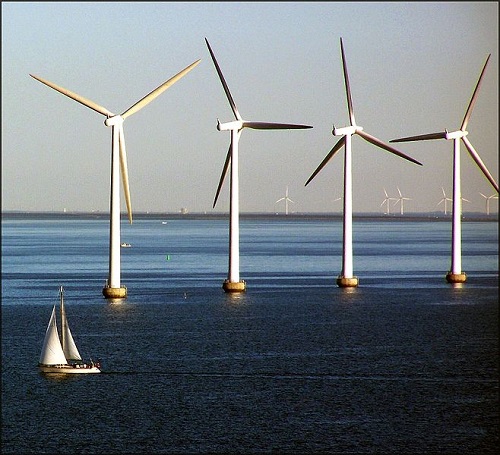 patano, CC-BY-SA-3.0, via Wikimedia Commons
Officials in both New York and Delaware are looking at opportunities to expand renewable energy options through offshore windfarms, even though Delaware has faced challenges in the past.

"Harnessing our nation’s offshore wind is a win-win-win," the proposal reads. "It means reliable, homegrown power, cleaner air, and real American jobs. For the U.S. to harness offshore wind and reap the economic benefits of this new industry, we need to provide a nurturing environment to get this industry off the ground."

Key points in the legislation include:

Despite only bringing one commercial project online, the 30-megawatt Block Island Wind Farm off Rhode Island, interest in wind farm development is strong in the United States—massive plans off the coast of North Carolina and New York most notably.

New York Gov. Andrew Cuomo has set a goal of producing 50 percent of all the state's electricity from renewable energy by 2030. The state also requested a future cost study from the University of Delaware's Special Initiative on Offshore Wnd.

Director of that initiative, Stephanie McClellan, said those models were given without any federal support.

“In both of those cases, within the programs building out in three tranches over time, you get down to $100 per megawatt-hour, 10 cents per kilowatt-hour within a decade," she said. "We’re talking about, without any ITC, being able to have a...cost of energy that becomes, in the Northeast, a fairly competitive price."

And though New York and Massachusetts have the lion's share of the planned 5 gigawatts worth of projects over the next decade or so, Delaware is also eyeing wind farm development after its last endeavor failed.

On Friday (Oct. 6), the state's Offshore Wind Working Group (a panel established by Gov. John Carney) met to discuss possibilities after Carney suggested that Maryland's newely proposed wind farms could offer an opportunity for the state.

This consideration comes a decade after the state's last attempt failed, when a company called Bluewater Wind signed a 25-year cntract with Delmarve Power for a wind farm about a dozen miles off Delaware's coast.

Bluewater's parent company, an Australian infestment firm, collapsed under debt, and the project was bought out by New Jersey-based NRG Energy, which then effectively ended the wind farm.

“I think the bottom line for this is for us not to make those same old mistakes, and simply do the careful engineering analysis,” said state Sen. Harris McDowell III, D-Wilmington. “What do we get for the expenditure, and what’s the gain?”

Others on the panel agreed, noting, just like Carper and Collins did in legislation, that it will come down to money.