Eagle Industries founder and former SSPC board member Phil Calvo, an integral figure in the development of standards and best practices regarding containment structures for projects involving lead paint debris, passed away Friday, Sept. 29, at the age of 63.

Born Raymond Philip Calvo Jr., in Harahan, Louisiana, Calvo was a graduate of Southeastern Louisiana University and, after working selling blasting supplies, started Eagle Industries of Louisiana Inc. in 1987. Eagle was an early leader in the field of containment tarps and equipment, and remains one of the best-known names in the industry today. 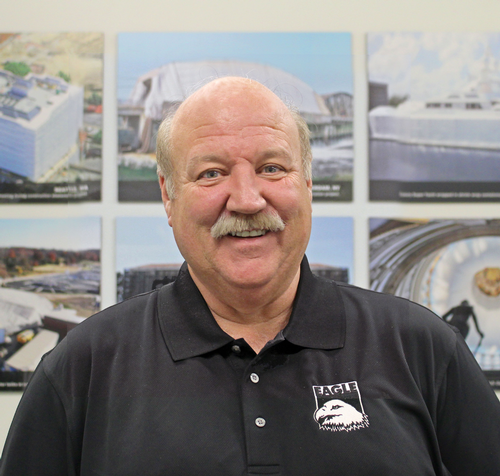 Eagle Industries
Eagle Industries founder Phil Calvo, a former SSPC board member, was instumental in the development of standards and best practices for containment of lead paint debris.

Calvo’s Eagle Industries was “on the ground floor when all the containment problems came out,” explains longtime Eagle sales manager David Cottrell, who played rugby with Calvo in college and joined the nascent sandblast screen company in 1988. “We started from scratch, worked two years without a day off, and it just continued to grow.”

While lead in paint had been acknowledged as a health issue for years—lead paint was outlawed in residential construction in 1978—the dangers associated with lead paint removal were only being realized in the 1980s, and standards for containing lead debris weren’t developed until the 1990s. Calvo’s sandblast screens, previously used simply for containing dust and overspray, were at the center of the developments.

“We were instrumental in getting on the lead committees when the lead issue came out” in the early 1990s, Cottrell explains. “He kind of knew where the industry was headed, and we geared our company toward lead removal.”

While there were competitors for specific items related to containment and cleanup for blasting operations, Cottrell explains, Calvo built Eagle as a “one-stop shop” for anything needed: tarps, decontamination trailers, dust collectors and the like.

Calvo wasn’t just in the right place at the right time, though.

“I think Phil was ahead of his time in terms of marketing,” Cottrell says. “One thing we try to do is we try to educate ourselves as to what our customers need. We listened to what they needed, and we geared our company toward that. “

Calvo served on the Board of Governors of SSPC: The Society for Protective Coatings from 1994 through 2003. Bob McMurdy, who served as SSPC president in 2011-12 and is currently a business development specialist for the organization, says Calvo was a crucial figure in the development of standards when it came to containment on lead-removal projects.

“Phil was the pioneer in the containment segment of our industry,” McMurdy says. “Even his competitors who have talked to me or called—there were very few people, if any, who didn’t have a whole lot of respect for him.”

Calvo was a regular presence at SSPC events, especially those related to lead issues, starting in the 1980s and continuing until just recently, SSPC director of member services Terry Sowers says. He was closely involved in the development of SSPC Guide 6, Containment of Debris, which was first published in 1992.

“He was quiet—not boisterous, not loud, but when he spoke, people listened,” McMurdy says.

“He was just a tough competitor, in the best possible way,” Sowers says. “But he was always honest with everyone, and straightforward. Nothing hidden.”

When Calvo began to step back from the business about a year and a half ago, he tapped son Patrick Calvo, Eagle’s chief operations officer, to take up the day-to-day running of the firm. Younger son Michael also works in sales at Eagle.

Colleague Cottrell says more than anything, those who worked with Calvo will remember him for the fun he brought.

“He was a great guy to hang around with; he wanted people around him to have fun. Here at the company, we could have crawfish boils; one year, during Lent, we split up in teams and cooked seafood once a week, and it fed the company. It was all fun. That’s the thing that people are going to miss most about Phil. He was really an enjoyable guy.”

In addition to sons Patrick and Michael, Calvo is survived by wife Barbara Calvo and daughter Suzanne Giacontiere, as well as four grandchildren, three brothers and two sisters.

A memorial Mass will be held at 1:30 p.m., on Saturday, Oct. 7, at St. Matthew the Apostle Catholic Church, where Calvo was active with the Knights of Columbus. Visitation will take place at the church starting at 10:30 a.m. The church is located at 10021 Jefferson Highway, River Ridge, Louisiana, 70123.