Luxembourg-based steel manufacturer ArcelorMittal recently announced the three recipients of its annual Paint Supplier Innovation Awards, issued to paint manufacturers that propose innovative programs as part of their work with the steelmaker. 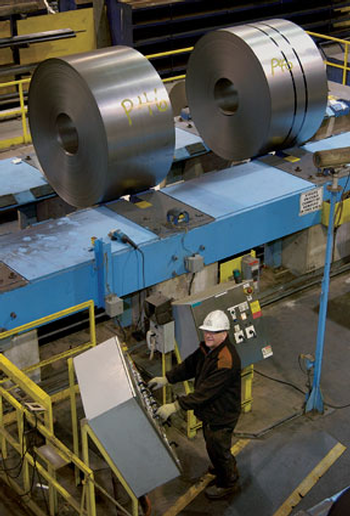 ArcelorMittal, which produces coil-coated steel for the automotive, energy, consumer and other sectors, has handed out PSIA awards for the past four years. As part of the program, the company solicits innovative proposals from paint suppliers. The innovations that are awarded have not yet been implemented, but will be integrated in the future, the company says.

In the category of performance, functionalities and cost-competitiveness, Beckers Group, a coil and industrial coatings manufacturer headquartered in Berlin, was recognized for “a new coil coating concept that paves the way for many future innovations,” according to the steel company. The Beckers proposal “offers lower energy consumption and cost efficiency,” ArcelorMittal says.

In sustainability and circular economy, AkzoNobel was recognized for a proposal “which plans to reuse renewable raw materials.” ArcelorMittal says the award also recognizes the company’s sustainable development efforts in general.

And in business development, ArcelorMittal recognized Valspar for a proposal “about improving pre-paint durability which will expand industrial uses of coil-coated steels.” The steelmaker says this award also recognizes Valspar’s “commitment to supporting ArcelorMittal in the development of new products.”

ArcelorMittal, which operates worldwide, is the largest supplier of flat steel in Europe.