The merger of The Dow Chemical Company (Midland, Michigan) and DuPont (WIlmington, Delaware) was completed right on schedule, according to a press release issued by the new company, DowDupont.

The deal was finalized Aug. 31, which also saw the end of Dow and DuPont on the New York Stock Exchange. Last Friday, (Sept. 1) was the official start of DowDupont, with stocks trading under the ticket DWDP. 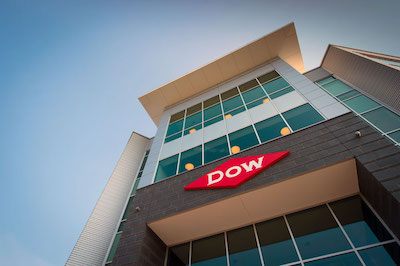 “Today marks a significant milestone in the storied histories of our two companies,” said Andrew Liveris, executive chairman of DowDuPont.

With shareholders compensated and board members installed, the entity now looks to fully forming its three divisions—Agriculture, Materials Science and Specialty Products—that will take shape over the next 18 months. After that point, the company plans to divide into three separate, publicly traded companies.

“For shareholders, customers and employees, closing this transaction is a definitive step toward unlocking higher value and greater opportunities through a future built on sustainable growth and innovation,” said Ed Breen, chief executive officer of DowDuPont.

The new company has a 16-member board of directors—eight from Dow, eight from DuPont. They include:

Three advisory committees are overseeing the company’s split into divisions.

“DowDuPont is a launching pad for three intended strong companies that will be better positioned to reinvest in science and innovation, solve our customers’ ever-evolving challenges, and generate long-term returns for our shareholders," said Breen.

"With the merger now complete, our focus is on finalizing the organizational structures that will be the foundations of these three intended strong companies and capturing the synergies to unlock value. With clear focus, market visibility and more productive R&D, each intended company will be equipped to compete successfully as an industry leader.”

The Agriculture Company, which will bring together the strengths of DuPont Pioneer, DuPont Crop Protection and Dow AgroSciences, will be headquartered in Wilmington, Delaware, with global business centers in Johnston, Iowa, and Indianapolis, Indiana.