Corrosion-prevention company Cortec Corporation (St. Paul, Minnesota) has formulated a new graffiti remover that the company says aims to protect against the flash rusting that can occur after graffiti is removed from some metal surfaces. 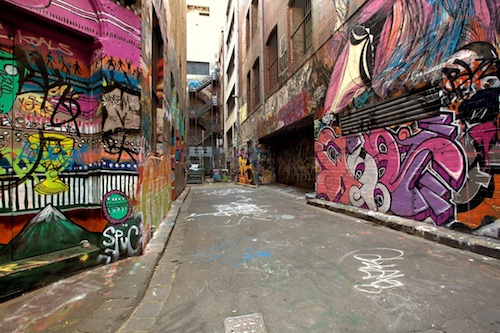 Cortec Corporation
According to Cortec, the product can be used on walls, equipment, and any concrete or wood substrate.

Cortec’s EcoAir Graffiti Remover is packaged in a recyclable spray can for ease of transport by property or asset owners or workers; the semi-viscous liquid is made to be applied and left on for between three and 30 minutes, then rinsed and scraped off, taking graffiti with it.

According to Cortec, the product uses the company’s Nano-VpCI corrosion inhibition technology to prevent flash rusting on metal surfaces.

EcoAir Graffiti Remover isn’t just for metal; according to the manufacturer, the product can be used on walls, equipment and any concrete or wood substrate.

According to Cortec, the product has a “relatively low level of toxicity,” with no ketones, chromates or phenols, and is not methylene chloride-based. The product comes in a disposable bag in a recyclable spray can, using an air-powered mechanism that does not involve CFCs or HCFCs.

EcoAir cans are 12 ounces each; 12 cans come in each carton.