A middle school in Washington is the first in the U.S. to use a new graffiti-resistant coating on its campus, and school district officials consider it a low-cost investment for preventing future damage.

Issaquah Middle School features a brick facade with metal architectural wall panels, created by AEP Span, that runs along the exterior of the building. Unlike other schools, however, Issaquah’s metal panels were pre-treated with Duranar GR by Steelscape, which would help address any future issues with graffiti or other wall markings. 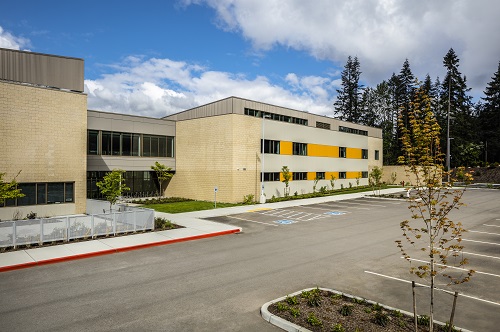 “While graffiti is not a significant issue in our school district, the graffiti-resistant coating was selected as a low-cost protection system to reduce potential damage and maintenance costs,” explained Steve Crawford, director of capital projects for Issaquah School District, in a statement.

Scott Cooley, the vice president of sales at Steelscape, says that applying Duranar GR to metal wall panels makes for a unique combination of design versatility and graffiti control.

The graffiti-resistant coating acts as a clear barrier when put over a colored layer on metal paneling. If the panel is spray painted on or suffers another form of surface damage such as scuffing, the surface can be cleaned with PPG's Duraprep Prep 400 graffiti remover.

Once the remover has been on the surface for 10 to 60 seconds, a clean cloth or scrubbing with a nylon brush will remove the offending mark in 10 minutes or less, according to the company.