Vapor Barrier Made for Brownfield Sites

Designed for use in brownfield sites, W.R. Meadows' new Perminator Evoh is a seven-layer vapor barrier that resists gas transmissions.

According to the manufacturer, Perminator is a seven-layer co-extruded barrier, manufactured from polyethylene and EVOH resin, specifically resistant to gas and moisture transmissions, created with brownfield site use in mind.

The vapor barrier is also an underslab barrier designed to restrict gases, the company notes. These include gasoline, solvents, oils and hydrocarbons, which are prevented by the barrier from migrating through the ground and into the concrete. Perminator also protects against naturally occurring gases, such as radon and methane. 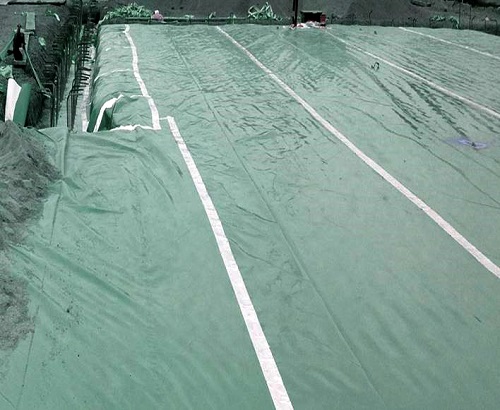 W.R. Meadows
Designed for use on brownfield sites, Perminator Evoh is a seven-layer vapor barrier that resists gas transmissions.

When used in a passive or active building envelope control system, Perminator Evoh resists both gas and moisture migration. The product can be installed across floors, walls and crawlspaces, reducing condensation, mold, fungus and other issues. The seven-layer protection, along with the gas barrier core, does not crack, puncture, snag or suffer similar forms of damage easily on construction sites.