Wind energy giant Siemens Gamesa announced Tuesday (Aug. 8) that it has successfully installed the tallest wind turbines in Asia, at a wind farm in Thailand, underscoring an industry trend toward larger turbine structures. 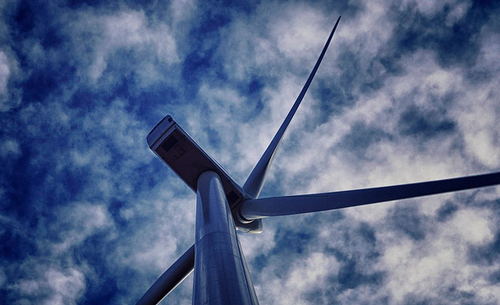 The Siemens Gamesa project, in the Nakhon Ratchasima province of Thailand, consists of 33 turbines, in a wind farm owned by engineering company Gunkul and built by PowerChina ZhongNan. The turbines themselves are Siemens Gamesa’s G114-2.0 and G114-2.1 models, with an overall capacity of 67.5 megawatts. The wind farm is expected to be commissioned later this year.

The Nordex farm in Germany consists of prestressed concrete towers made by Max Bögl; Siemens Gamesa did not disclose the materials its new tall towers are made of, and did not immediately respond Thursday (Aug. 10) to a request for material details.

According to environmental declarations for a separate wind project using the company’s G114-2.0 turbines, the massive blades themselves are made of fiberglass reinforced with polyester resin. (Smaller blades in the same product line are made from pre-impregnated epoxy glass fiber.)

The Drive for Bigger Turbines

As NBC News recently reported, the wind energy industry has seen a move in recent years toward taller towers and bigger turbines. Turbines situated at greater heights can take advantage of stronger winds at altitude, and with longer blades, the turbines would be more powerful and more efficient.

The SUMR project, headed up by engineers at the University of Virginia and Sandia National Laboratories, aims to develop 50-megawatt turbines for offshore use; the turbines would stand at 1,650 feet high. The project is funded by the U.S. Department of Energy.

Sandia previously developed prototype 13-megawatt turbines with 328-foot-long blades, but success for SUMR would mean a turbine that’s big enough to generate more than five times the power that the largest commercially available turbine does today.

In order to be viable, the huge SUMR turbines must be flexible, withstanding hurricane-force winds in the storm-prone Atlantic. That’s a problem that even smaller turbines face, and a new study published in Geophysical Research Letters suggests that current standards for wind resistance in offshore towers and turbines don’t account for strong hurricanes, and without taking the strongest winds into consideration, offshore wind farms could be vulnerable to catastrophic damage.

The authors, led by the University of Colorado’s Rochelle Worsnop, used computer modelling to conclude that wind gusts at the eyewall of a Category 5 hurricane can reach as high as 100 meters per second (nearly 225 mph), which far exceeds current standards for offshore wind turbines, which are required to withstand winds of up to 70 meters per second.

A Category 5 storm is rare, and the eyewall is a small part of a hurricane system, but the new research could encourage turbine manufacturers to consider designing for higher winds, and could factor into the location of some offshore arrays.