Global coatings manufacturer PPG Industries (Pittsburgh) announced its second-quarter earnings Thursday morning (July 20), touching on a slight uptick in net sales year over year and also discussing the impact that raw material cost inflation has had on the company.

Also on Thursday, PPG approved a 13 percent dividend increase for its shareholders and announced the election of Gary R. Heminger, chairman and CEO of Marathon Petroleum Corporation, to its board of directors.

Net sales in 2017’s second quarter came in at $3.8 billion, which the company says is about a 1 percent increase versus the same period in 2016. 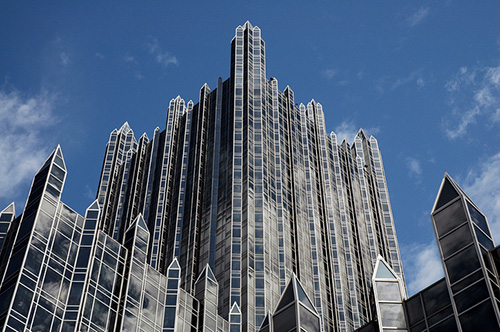 © iStock.com / JoeCollver
Net sales in 2017’s second quarter came in at $3.8 billion, which the company says is about a 1 percent increase versus the same period in 2016.

After the net income is adjusted, however, the year-over-year increase is smaller. Adjusted net income in 2017’s second quarter was $472 million, of $1.83 per share, while the adjusted income in Q2 2016 was $466 million, or 48 cents per diluted share.

In 2017’s figure, the adjusted net income excludes an after-tax gain from the sale of the Mexican Plaka wallboard business ($24 million), a legal settlement ($11 million), and after-tax transaction-related costs ($3 million).

The Easter holiday shift from first quarter to second quarter unfavorably impacted sales volumes in the Performance Coatings segment, the company noted, as volumes declined 2 percent year over year. Net sales were $2.3 billion, down $37 million, or less than 2 percent, versus 2016.

Aggregate Industrial Coatings and Specialty Coatings and Materials sales volumes increased by a mid-single digit percentage versus last year, and the company notes that this outpaced the global industrial production growth rates for the sixth consecutive quarter.

Much of the Industrial Coatings segment was positive, however, as net sales came in at $1.51 billion, up $61 million, or more than 4 percent, versus 2016. Sales volume also increased by about 3 percent and it was noted that acquisition-related sales added about $65 million. The raw materials cost inflation did hit this segment, however, as selling prices were considered “modestly lower year over year.”

McGarry added that the company looks to have a better second half in 2017.

The board also elected Gary R. Heminger, chairman and CEO of Marathon Petroleum Corporation, to serve on the audit committee and its nominating governance committee.