Büchner Resigns, Vanlancker in at AkzoNobel 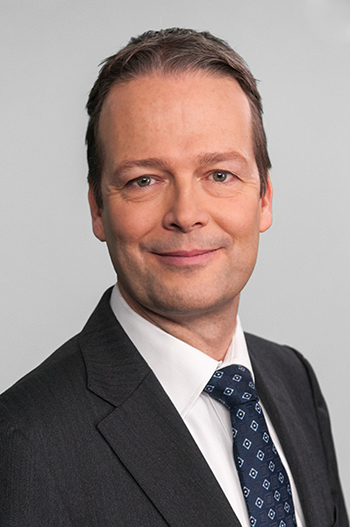 "For me this was an extraordinarily difficult decision to make but my focus must now be on my health,” Büchner said in a statement. "It was a privilege to work for AkzoNobel, and I am extremely proud of all the achievements the team delivered during my five years at the company.”

Büchner became the chief executive in 2012, leading the company through various initiatives and increasing margins. His tenure included the sale of AkzoNobel's North American Decorative Paints business to PPG in 2013 and the purchase of BASF's Industrial Coatings unit for $531 million in early 2016. Perhaps most notably of late, Büchner handled, and turned down, multiple merger proposals from rival PPG Industries (Pittsburgh).

According to AkzoNobel, Thierry Vanlancker, head of the company's Specialty Chemicals business, will take over as CEO of the firm effective immediately. Vanlancker has led AkzoNobel Specialty Chemicals since 2016; he previously was employed by DuPont and DuPont spinoff Chemours. He joined DuPont in 1988 and held a number of senior positions.

A Belgian national, prior to joining AkzoNobel, Vanlancker was president of Fluoroproducts for Chemours, the spin-off company of DuPont's chemical businesses that formed in 2015.

''AkzoNobel remains focused on delivering for our customers every day,” said the chairman of AkzoNobel's supervisory board, Antony Burgmans. “In Thierry Vanlancker we have an outstanding executive who is well placed to continue building momentum for the company. This includes the creation of two focused businesses, delivering sustainable growth and profitability. "

Vanlancker is now tasked with completing the spin-off of the Specialty Chemicals business and hitting the ambitious targets that the company set forth in the spring.

During the 2017 Q1 earnings meeting in mid-April the company reported record profitability and highlighted the achievements that it hopes the spin-off will render.

The plan is to sell or list the chemicals business (which accounts to about a third of sales and profits) within the next year, as project teams are already in place. According to Reuters, analysts have valued the division at approximately 8 billion euros, based on the company’s 2016 operating profit of 629 million euros.

The company estimates about 150 million euros in annual savings from its continuing improvements to Paints and Coatings programs, plus an additional 50 million euros in savings expected from the separation of the Specialty Chemicals line.

AkzoNobel said it estimates that its 2017 EBIT will be around 100 million euros ahead of 2016 due to growth momentum across all platforms, and reiterated the increased shareholder returns generated from the separation plan, which included:

In addition to the EBIT goals connected to the separation of companies, Vanlancker is also saddled with staying on course with the most ambitious renewable energy goal ever made by a major paints and coatings manufacturer.

"Our ambition to eliminate carbon emissions and use 100 percent renewable energy by 2050 demonstrates our clear and unwavering commitment to sustainability," Büchner said when the goal announcement was made in March.

"We continue to identify areas of opportunity which will drive us forward and help reduce our industry's dependence on fossil fuels. This new vision for 2050 will propel us further along that path, while enabling us to make a measurable contribution to the United Nations Sustainable Development Goals."

The company’s views and goals regarding sustainability was a point that Büchner pointed to throughout the multiple rejections of merger proposals by PPG, citing a “significant culture gap between both companies.”

PPG officially pulled its offer off the table on June 1 after three bids were made in less than three months.

The final offer came on April 24, which the company said it would consider. On May 8, AkzoNobel announced it had rejected the bid. PPG refuted AkzoNobel’s claims that the two companies had met to discuss the offer.

PPG officials said that AkzoNobel called a last-minute meeting in Rotterdam on less than 24 hours’ notice, and that Büchner and Burgmans refused to negotiate. PPG said the refusal to negotiate represented a “continued lack of proper governance” at AkzoNobel.

That proposal came in at 96.75 euros per outstanding ordinary share of AkzoNobel, bringing the total offer to about $28.8 billion. PPG’s first and second offers, of $22.8 billion and $26.3 billion, were both rejected outright.

In May, PPG made a public announcement that the offer was still on the table, and some thought the company would go for a hostile takeover, which did not happen.

When asked about Büchner’s resignation, a spokesperson at PPG declined to comment. Because of laws in the Netherlands, PPG would have to wait until November if it wanted to make another bid for a merger.

While many analysts think an upcoming offer from PPG is unlikely, according to Reuters, Vanlancker will still have fallout to deal with from all of those proposals.

Some shareholders attempted to get AkzoNobel to the bargaining table: Fund manager Tweedy, Browne Company LLC wrote a letter to the company’s supervisory board criticizing its inaction, and Elliott Advisers moved to try to remove Burgmans via a legal challenge in the Enterprise Chamber Court of the Netherlands.

Since then, however, Elliott Advisers has filed another suit, this time in the Interim Relief Court in Amsterdam, which is slated to be heard within the next several weeks. The motive is still to remove Burgmans from his position as supervisory board chair.

"Elliott finds Chairman Burgmans’ views on shareholder democracy to be archaic and wholly unacceptable in today’s capital markets," the firm reportedly said in a statement. "A board which holds itself accountable to no one is not an appropriate governance paradigm. If shareholders are not able to regulate the conduct of Akzo Nobel's boards, who can?"

AkzoNobel is set to report its Q2 earnings next week, July 25, with Vanlancker leading the media call. Its shares traded flat at 77.96 euros in mid-morning trade on Wednesday (July 19).

AkzoNobel reported 14.2 billion euros in revenue in 2016; the Dutch firm was the world's second-largest coatings company, after PPG, last year, prior to the Sherwin-Williams Company acquisition of Valspar.

Editor's note: This story was one of our most popular of 2017, and appeared in our Readers' Choice issue on Dec. 28. Since its original publication, AkzoNobel reached an agreement with Elliott Advisers and entered into merger talks with Axalta Coating Systems, only to later announce that the talks ended without a deal. On Nov. 30, shareholders approved the plan to split off the firm's Specialty Chemicals business.