A recent biofouling study may be the first step toward preventing damage throughout the desalination industry.

Veena Nagaraj—a Ph.D. student and researcher based out of Murdoch University in Perth, Australia—conducted the study, which was the first benchmark of its kind.

In it, Nagaraj looked at the bacterial buildup on the filtration membranes of a full-scale desalination plant. This issue is most commonly known as biofouling and, according to the university, costs the industry around $15 billion worldwide each year.

Nagaraj studied the bacteria living in the membranes on 14 osmosis units from the Perth seawater Desalination Plant in Rockingham, which had been in operation for seven years. She then compared them to the units that were unused and still awaiting installation.

Nagaraj noted that there was a difference between bacterial communities found on the biofouled units, in comparison with what was still unused.

“The bacteria are of course both subsets of the species present in the local seawater, but they are quite different from each other,” she said. “Before reaching these reverse-osmosis membranes, the water has already gone through sand filtration, micro-filtration and chemical treatment to try to remove the bacteria.” 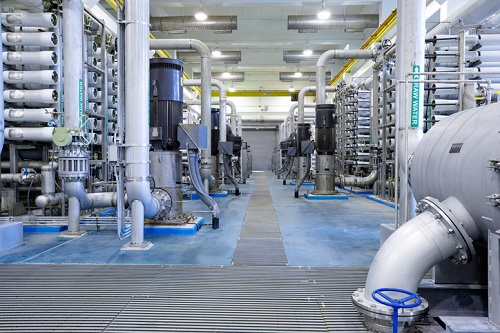 © iStock.com / Terryj
Nagaraj looked at the bacterial buildup on the filtration membranes of a full-scale desalination plant.

She noted that the units with these particular membranes were in a harsh environment with intense pressure, high salt concentration, high shear forces and a low level of nutrients.

“My study showed that although this pre-treatment wiped out lots of the contaminating bacteria, this just cleared away the competition for a few species to thrive in this environment,” Nagaraj added.

Nagaraj discovered a few groups of proteobacteria that would assist with the biofouling community on the membrane.

“These groups have a special adhesive structure that helps them attach to the membrane and they exude a slime that acts as a form of superglue,” Nagaraj said. “After this, there is a number of species that can work as secondary colonizers to build up the community. Together they can protect each other from the harsh conditions.”

According to Murdoch University, Nagaraj is among the first researchers to thoroughly study the entire biofouling system of a desalination plant after it has completed its operational life span. The study, which is titled “Characterisation and comparison of bacterial communities on reverse osmosis membranes of a full-scale desalination plant by bacterial 16S rRNA gene metabarcoding,” was published in the Nature research journal npj Biofilms and Microbiomes.

Previous studies had been conducted in laboratories, side streams or over shorter short periods of time in full-scale plants.

Based on the results of the study, Nagaraj has started to examine better biofouling treatment options for membranes.

“It is very important for environmental engineers to understand the bacterial life of local seawater when building a desalination plant," she added. “This work will help us to design better ways to target the most problematic bacteria in biofouling systems and will have significant implications for the industry worldwide.”

According to the International Desalination Association, as of 2015, there were more than 18,000 desalination plants worldwide, with the capacity to desalinate nearly 23 billion gallons of water daily.