A deeper look into the Glenfell Tower’s 2016 renovation has unveiled that Reynobond PE (polyethylene) panels were used instead of Reynobond (FR) fire-resistant ones in the high-rise.

The tower went up in flames early last Wednesday (June 14) and 79 people are believed to have died in the blaze, though officials note the count could still change. Soon after the structure ignited, officials were quick to suspect the building’s exterior as the reason for why the fire was so devastating.

Manufacturer Omnis Exteriors confirmed that they supplied the Arconic Architectural Product to Harley Facades—the subcontractor in charge of the cladding work. 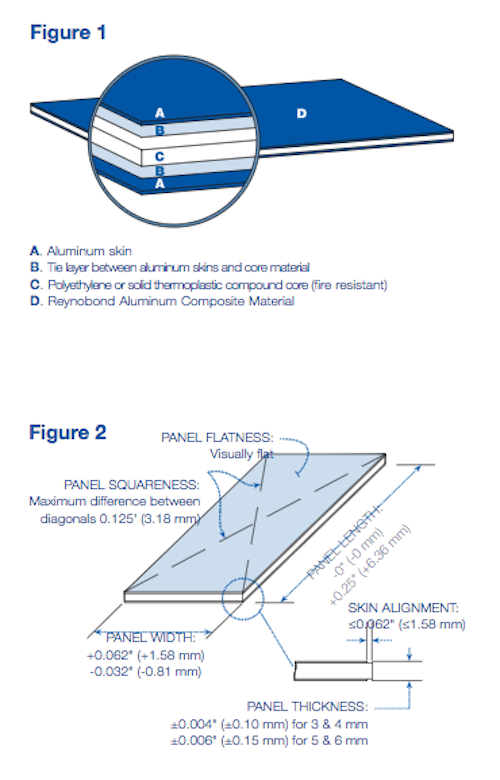 Arconic
Manufacturer Omnis Exteriors confirmed that they supplied the Arconic Architectural Product to Harley Facades—the subcontractor in charge of the cladding work.

The aluminum-composite panels with a core of flammable, plastic polyethylene were reportedly 2 pounds ($2.55) cheaper per square meter than the fire-resistant panels.

General contractor Rydon Maintenance said in a statement last week that the renovation was up to code.

“We are shocked to hear of the devastating fire at Grenfell Tower and our immediate thoughts are with those that have been affected by the incident, their families, relatives and friends,” the statement read. “Rydon completed a refurbishment of the building in the summer of 2016 for KCTMO on behalf of the Council, which met all required building control, fire regulation and health and safety standards.”

However, Chancellor Philip Hammond is claiming that cladding is illegal in the United Kingdom.

"My understanding is the cladding in question, this flammable cladding which is banned in Europe and the U.S., is also banned here,” Hammond said. "So, there are two separate questions. One: are our regulations correct, do they permit the right kind of materials and ban the wrong kind of materials? The second question is: were they correctly complied with? That will be a subject that the inquiry will look at. It will also be a subject that the criminal investigation will be looking at."

That statement was soon challenged by John Cowley, the managing director of CRP Architectural Façades, which is owned by Omnis and fabricated the panels.

"Reynobond PE is not banned in the U.K. Current building regulations allow its use in both low-rise and high-rise structures," said Cowley in a statement. "The key question now is whether the overall design of the building's complete exterior was properly tested and subsequently signed off by the relevant authorities—including the fire officer, building compliance officer and architect—before commencement of the project.”

Plastic-filled cladding such as the Reynobond PE is also banned from high-rise use in Germany, which restricts the product to buildings less than 72 feet high—or about the height that firefighters can reach with extended ladders from the ground. The United States restricts the use in buildings above 49 feet.

Berlin’s fire chief, Wilfried Gräfling, said the London fire made it clear that fire regulations should be tightened further with only mineral materials used in cladding panels.

“We will try to persuade lawmakers that flammable material should no longer be allowed to be used as an insulant,” he said. “Only mineral material that can’t burn, ensuring that it’s no longer possible for a fire to spread via the cladding.”

The Guardian reports that the Fire Protection Association has been pushing for stricter requirements for the use of fire-retardant material, saying that those officials have “lobbied long and hard” but nothing had happened.

The police have launched a criminal inquiry into the fire, along with the U.K.’s public inquiry and an emergency review of 4,000 similar buildings.

Editor's note: This story was one of our most popular of 2017, and ran in our Readers' Choice issue Dec. 27. Since the article originally ran, several investigations into the Grenfell Tower fire have been initiated, including a review of the U.K.'s construction regulations. An interim report from that investigation was released before year's end.