The world’s largest coatings manufacturer announced Friday (May 26) that it will be selling the last facet of its fiber glass business, turning its focus to paints, coatings, and specialty materials.

Pittsburgh-based PPG Industries will sell its remaining North American fiber glass business to Nippon Electric Glass Co. Ltd., for $545 million, according to Friday’s announcement. The business includes manufacturing facilities in Chester, South Carolina, and Lexington and Shelby, North Carolina, as well as administrative and research facilities in Shelby and just outside of Pittsburgh, according to the company. 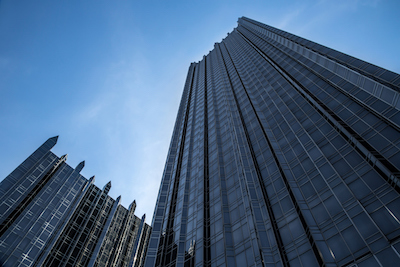 “We are pleased that these operations will become part of NEG, a company that is focused on (fiber glass) as a core business,” said Michael H. McGarry, PPG chairman and chief executive officer. “This transaction represents the end of PPG’s history as a manufacturer of (fiber glass) and is the final action in our disciplined, multiyear strategy to divest non-core businesses.”

PPG expects the deal to close in the second half of 2017.

PPG, which was founded in 1883 as Pittsburgh Plate Glass, has turned away from its glass offerings to focus more on coatings in recent years.

In 2013, PPG acquired AkzoNobel’s North American architectural coatings business, more than doubling its architectural offerings on the continent, in the second-biggest deal the company had ever made to that point. Other coatings acquisitions in recent years have included:

PPG has been pursuing its biggest move ever—a proposed merger with Dutch coatings manufacturer AkzoNobel, the world’s second-largest coatings supplier by sales—since March, but to date, no agreement has been reached.

The company released a statement on Monday (May 29) commenting on an AkzoNobel matter that was brought before the Amsterdam Enterprise Chamber—a division of the Appeals Court that deals with corporate proceedings.

PPG added in the statement that it is still willing to meet with AkzoNobel. Recently, the company challenged a Dutch deadline for the submission of a firm bid for the company; regulators set the deadline at June 1, but PPG has argued that it should have until June 22. The final offer could come in the form of a hostile takeover, in which PPG would go directly to AkzoNobel shareholders, circumventing company leadership.

AkzoNobel’s board and CEO, Ton Büchner, have rejected three offers from PPG, the most recent priced at about $28.8 billion.

In the past year, PPG accelerated its exit from the glass business where the company got its start. The company:

In 2016, glass represented $481 million in net sales for PPG, about 3.25 percent of the company’s total net sales on the year. The North American fiber glass business, the only business remaining in that segment by the end of the year, did about $350 million in sales, the company says.

The new deal with Nippon symbolizes the end of PPG’s involvement in glass entirely.

“Going forward, we will continue to focus on growing our paints, coatings, and specialty materials businesses,” McGarry said. “I want to personally thank our (fiber glass) employees for their contributions and dedicated support of PPG, and wish them well as they establish the North American (fiber glass) business of NEG."