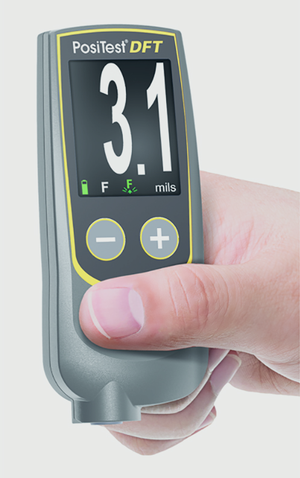 DeFelsko
DeFelsko has introduced a new PosiTest DFT Gage for use by paint applicators, powder coaters, inspectors and more.

The new PosiTest DFT features a speed of over 60 readings per minute, the company says, along with onscreen averaging for up to 99 readings. It features a high-contrast LCD display that auto-rotates.

The instrument includes a ruby-tipped probe with a V-groove, a built-in wrist strap and the capacity to measure in mils or microns.

The PosiTest DFT is intended for use by paint applicators, powder coaters, inspectors and more, the company says.