Corrosion in a cylinder has been blamed for a February explosion on a cruise ship that killed a crew member in New Zealand, investigators said Thursday (May 11).

According to multiple media reports, Filipino crewman Allan Allarde Navales was near a cylinder that crewmates were refilling with nitrogen gas on one of the decks, near the stern of the ship. 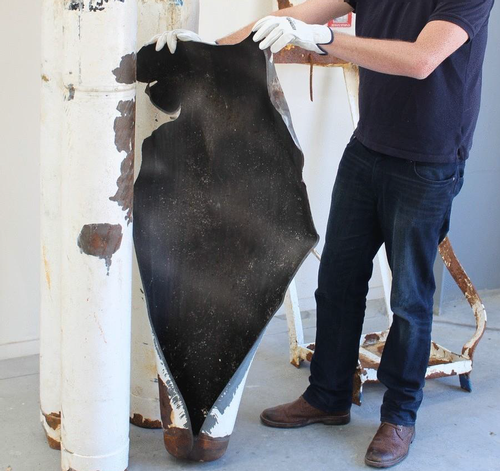 New Zealand Transport Accident Investigation Commission
Investigators determined that a Filipino crewman was killed on a Princess Cruise ship in New Zealand when a corroded cylinder being filled with nitrogen gas exploded.

The cylinder burst, struck and killed Navales, and then flew over the railings onto the wharf below. No passengers or other crewmembers on the ship, which was docked at Port Chalmers in New Zealand, were injured.

The cylinder was one of four in a bank that supplied backup power for a davit, which in this instance was used to pneumatically lift one of the lifeboats on the Emerald Princess—a vessel owned by Princess Cruises and operated by Carnival Australia. The ship was on a 12-night round-trip cruise from Sydney to several destinations in New Zealand.

An interim report by New Zealand’s Transport Accident Investigation Commission determined that crewmembers knew the cylinders were losing pressure but didn’t check for damage before refilling them.

“They thought it highly unlikely that the pressurized cylinders had been structurally compromised,” the report said.

TAIC investigators were concerned when they learned the faulty cylinder and others like it were inspected two weeks before the accident, and all were judged to be in satisfactory condition. The ruptured tank had just passed the 10-year mark for mandatory inspection.

"The circumstances of this accident raise the question of whether the current inspection requirements for a competent person are adequate for a pressure vessel stored in a harsh marine environment," TAIC wrote.

The agency also asked the lifeboat system's manufacturer to contact its customers and urge them to check for similar corrosion damage.

Typical inert gas cylinders, rated to 2200 PSI or more, are built to withstand pressure. Metallurgists summoned by TAIC discovered an external area of the cylinder wall had wasted away, and it left less than 1/16th of an inch of steel—a gauge equivalent to heavy sheet metal—in the spot where the tank had ruptured.

A Princess Cruises spokesperson said the company had reviewed the interim report.

"The maintenance was being conducted in line with established protocols for inspections and maintenance of cylinders as recommended by the manufacturer,” he said. "The loss of a crew member is a terrible tragedy for our company, and we continue to assist the crew member’s family.

"In addition to actively assisting the commission in its inquiries, Princess Cruises took immediate action in replacing all of the cylinders used in the ship’s lifeboat launch and recovery system, inspecting similar cylinders across the line’s global fleet and updating maintenance and training programs."

Editor's note: An earlier version of this story mischaracterized the gas contained in the cylinder; it was nitrogen. PaintSquare News apologizes for the error.