Experts in the home-building industry are speaking out about a proposal by Illinois legislators that would levy a 6.25 percent tax on home repair and maintenance services.

The bill is one of 12 amendments to Senate Bill 9, a measure sponsored by state Sen. Toi Hutchinson (D-Olympia Fields), as part of a budget proposal that would collect and/or hike taxes on everything from manicures to movie streaming to sugary soft drinks.

Just before the Senate adjourned Tuesday (May 16), various measures of the package were re-opened for possible passage. Hutchinson said the bills are going to be decoupled.

State Bill 9 and its amendments have been supported by senators from both parties but haven’t gained needed support from rank-and-file senators.

Lawmakers have said its passage would help end a two-year-long budget deadlock and help Illinois’ credit rating—the lowest in the United States—rebound.

Industry professionals expressed dismay over the bill. The Home Builders Association of Illinois calculated the tax would cost 521 jobs, $47 million in reduced home repair and maintenance work, and result in about an $8 million reduction in state and local revenue.

“This tax could potentially decrease spending and residents not putting money back into their property or possibly giving reason to moving across the river to neighboring Iowa," Huffer said.

“Homes hit by fire and storm damage will be the hardest hit by this tax,” Ward said, according to The State Journal-Register. “On $20,000 damage to a home, the tax will amount to $1,250 in home repair work.” 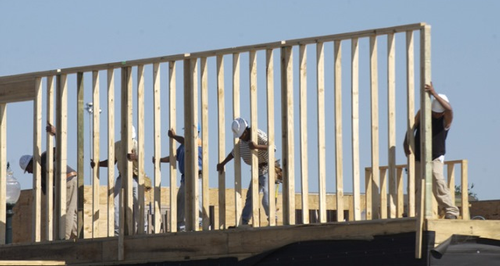 "A home repair tax will send this work underground,” he said. "This will be bad for the homeowner and will increase home repair fraud in the state of Illinois."

The proposed tax would be another impediment to homeowners who are trying to remain financially solvent. RealtyTrac reported 17 percent of Illinois homeowners owe at least 25 percent more on their houses than what the homes are worth. (The national rate is 10 percent.)

Forecasts that solely focus on the housing industry have predicted that growth in Chicago’s housing market would be the slowest among the top 100 major U.S. metros this year. The proposed tax would add to slow growth in both population and new jobs as the chief culprits in the downturn.

Dave Padgett, President of Padgett Building and Remodeling, suggested his solution to skirting any additional taxes.

"Our business would not leave Illinois. We would just stop doing business in Illinois,” he told Illinois News Network.