Newport News Shipbuilding (Newport News, Virginia), the largest shipyard in the United States, has announced that Jennifer Boykin will take the helm as its president effective July 1.

Boykin takes over a position held for the past six years by Matt Mulherin, who will retire on Aug. 1. Mulherin was with Newport News for 36 years. 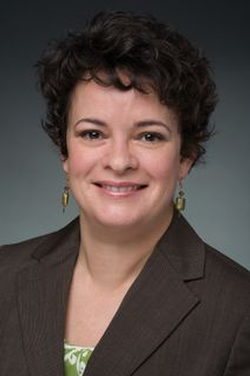 Boykin has been with Newport News since 1987, when she began her career there in the company’s nuclear engineering division. According to the company, she is a St. Louis native with a bachelor’s in marine engineering from the U.S. Merchant Marine Academy and a master’s in engineering management from The George Washington University.

Her other roles include chair of the Executive Control Board for the National Shipbuilding Research Program, vice chair of the Blueprint Virginia Steering Committee and founding member of the Women’s Initiative Network at Old Dominion University, located in Norfolk.

Mulherin will step down as president of Newport News July 1, but will remain with the company for one month after that to assist in the executive transition. He began at the shipyard as a nuclear engineer in 1981, and held a number of positions, including director of the Gerald R. Ford class of aircraft carriers, before becoming president.

“Matt’s leadership in the design, construction and testing of this first-in-class carrier, with myriad new technologies, has been critical to the success of this program,” Petters said. “While the delivery of ships has been a large part of his responsibility and legacy, I believe Matt will be most remembered for his open and engaging style of leadership.”

Newport News Shipbuilding is the sole designer and builder of aircraft carriers, and one of two makers of submarines, for the U.S. Navy. Founded in 1886, the shipyard was bought by Northrop Grumman in 2001, and Huntington Ingalls was spun off from that company in 2011.

The shipyard employs about 20,000 people, making it the largest industrial employer in Virginia.