Those who wish to give their input on the regulations put into place regarding the Toxic Substances Control Act have until Thursday (April 27) to register.

The Environmental Protection Agency’s Office of Chemical Safety and Pollution Prevention is hosting two meetings on May 1 to “listen and learn from those directly impacted by our regulations,” according to an email sent out to stakeholders on April 19. 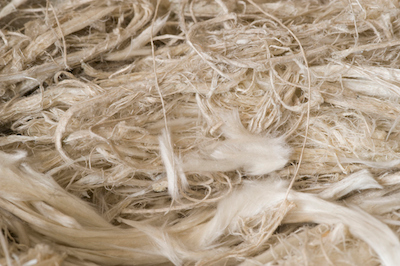 The public is invited to participate either in person or via teleconference.

The first meeting (9 a.m. to noon EDT) will focus on various TSCA subchapters including control of toxic substances, asbestos hazard emergency response and formaldehyde standards for composite wood products. The meeting will also look at the toxics release inventory.

Regulations under these subchapters are in relation to addressing chemical risk review and reduction programs.

The second meeting (1-2:30 p.m. EDT) will address regulations related to lead exposure reduction in regard to the Lead Renovation, Repair and Painting Program, Lead Abatement Program, Residential Lead-based Paint Disclosure Rule and the Residential Hazard Standards of Lead in Paint, Dust and Soil.

The EPA invites comments to be submitted via the EPA-wide docket, which will remain open until May 15.

On Feb. 24, President Donald J. Trump issued Executive Order 13777 on “Enforcing the Regulatory Agenda,” which aims to “alleviate unnecessary regulatory burdens placed on the American people.” It requires each agency to have a Regulatory Reform Task Force to evaluate its existing regulations.

On March 24, EPA Administrator Scott Pruitt issued a memorandum regarding the EO that required the EPA’s program offices to seek public input and report findings by May 15.

These meetings are just two of nearly a dozen scheduled throughout the next few weeks to comply with the memorandum.

The EPA has also extended its comment deadline for a proposed rule on methylene chloride and N-methylpyrrolidone (NMP), also under the TSCA, to May 19. This stems from the passage of the Frank R. Lautenberg Chemical Safety for the 21st Century Act (June 2016), which requires the EPA to test and regulate all chemicals in the marketplace.

The American Coatings Association, which backed the legislation overall, has been actively making suggestions on behalf of the industry throughout all the comment periods, and intends to do so regarding these regulations as well.

According to the ACA: “The proposal would prohibit the manufacture, import, processing, and distribution of methylene chloride and NMP for all consumer uses and most types of commercial paint and coating removal (e.g., paint stripping). It would also require manufacturers, importers, processors, and distributors, except for retailers, of methylene chloride and NMP to provide downstream notification of these prohibitions throughout the supply chain.”