British Columbia believes it has found a solution to a problem one government official said was the “No. 1 issue” he has heard about from the province’s citizens: faded traffic markings.

Plagued by vanishing lines on the center and sides of highways that have perplexed drivers for seven years, B.C. Transportation Minister Todd Stone said April 5 that crews will begin using thicker, more reflective paints—developed after a year’s tests—for yellow and white road lines.

The Transportation Ministry tested 18 new paints, covering each season of the year, and whittled those down to another four paints this past winter. 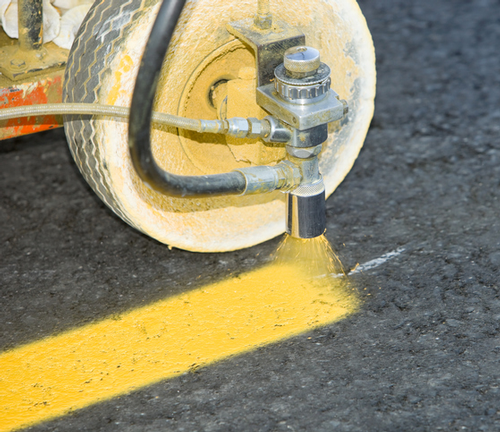 A “high build paint” that goes on extra thick showed the durability to survive tough winters, salt, chains and plows in the coastal and northern regions of the province. A “premium glass bead” paint will provide reflection better suited to the wet coastal climate of Vancouver Island and the southern mainland.

The headache for motorists began in 2010, when the Canadian government banned oil-based paints on roads in most provinces because of environmental protection concerns.

British Columbia opted for a lower-polluting alkyd paint for coastal and northern roads, and a water-based paint for interior highways.

But not even a year later, drivers were forced to squint in a fruitless attempt to spot lines that were barely there—if not gone entirely.

Road crews were forced to repaint the disappearing markings, and that meant extra expense. A normal year sees about 20,000 miles of highways getting freshly painted lines, at a cost of $11 million. The volume of paint needed—five times the normal amount—and frequent touch-ups had government officials scrambling to find a solution.

“Provinces all started looking around for a paint that had the same longevity and durability as the oil-based paint,” Stone said in May 2016. “And such a paint does not exist.”

“We think the additional cost is going to be well worth it,” Stone says.

Ron Paull, a city councilor in Quesnel—a small city on the northern route of the province--has been campaigning to get British Columbia to switch to a longer-lasting, more visible paint.