Global coatings manufacturer AkzoNobel (Amsterdam) said early Wednesday (April 12) that it has full confidence in Antony Burgmans, the chair of its supervisory board, after some shareholders requested an Extraordinary General Meeting with the intention of dismissing him.

The Dutch coatings giant issued a press release reiterating its faith in Burgmans, and questioning the relationship between Elliott Advisors, the shareholder that’s leading the effort against Burgmans, and Pittsburgh, Pennsylvania-based PPG Industries, which in recent weeks has made multiple offers to acquire AkzoNobel.

Elliott Advisors, a London-based arm of American hedge fund firm Elliott Management, reportedly owns a 3.25-percent stake in AkzoNobel, a stake the coatings company says it purchased in December 2016. Elliott, described in the business press as an “activist hedge fund,” has been a vocal supporter of the PPG acquisition plan. 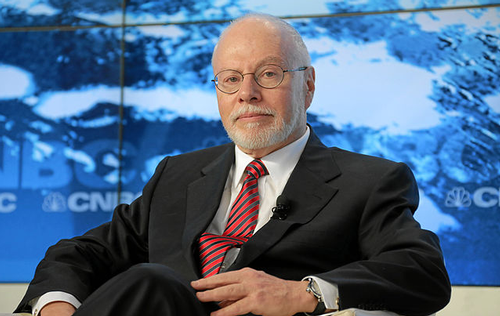 Elliott, run by American billionaire Paul Singer, reportedly commissioned a poll of about 25 percent of AkzoNobel’s shareholders last month after the initial PPG offer was turned down, and nearly all of those polled said they wanted AkzoNobel to remain open to talks with PPG.

In its statement, AkzoNobel said that its supervisory board—which oversees its board of management and executive committee, and sets the direction of company business—“strongly supports” Burgmans as its chair.

“The view of the Supervisory Board is that the removal of Mr. Burgmans would be irresponsible, disproportionate, damaging and not in the best interest of the company, its shareholders and other stakeholders,” the statement reads. “Therefore the proposed agenda item to remove Mr. Burgmans will be rejected.”

Burgmans was first appointed to AkzoNobel's supervisor board in 2006. He is a former chairman of the Dutch-British consumer-goods giant Unilever NV.

PPG, the world’s largest coatings company, made an initial offer of about $22 billion to buy its largest competitor in early March, and AkzoNobel refused the proposal outright, saying it undervalued the company and did not take into account a number of intangibles. Less than two weeks later, PPG returned with a $26 billion offer, which the Dutch company also declined.

AkzoNobel says that it became aware on Tuesday that Elliott had been in communication with PPG about its request for the Extraordinary General Meeting and, AkzoNobel says, it “intended to privately share potentially price-sensitive information with PPG” about the meeting request. In light of that allegation, AkzoNobel called on Elliott to “clarify its relationship” with PPG.

AkzoNobel said it reported the activity to the Dutch Authority for the Financial Markets.

PPG said in a statement sent to PaintSquare News Wednesday that it had met with representatives of Elliott and many other AkzoNobel shareholders subsequent to its offer going public, noting that nearly all were “disappointed by AkzoNobel’s refusal to engage with PPG and their lack of focus on shareholder concerns and value.

“PPG has always maintained its strict and long-standing policy of not sharing any material, non-public information and has acted in compliance with applicable laws and regulations, including those of the Netherlands, with respect to communications with any shareholders. There has not been any, and there are currently no agreements or arrangements, in whatever form, between PPG and Elliott Advisors.”

PPG’s statement ends on a note of frustration with the highly public nature of the negotiations-via-press that have characterized the proposed deal since it first became public. While PPG made both of its offers privately, AkzoNobel rejected both in the form of press releases and public statements. Last week, PPG chose to reiterate its second offer publicly, while AkzoNobel has refused to engage in talks directly with the Pittsburgh firm.

“It would be preferable from PPG’s perspective if AkzoNobel would speak with us rather than about us,” PPG’s statement concludes. “We continue to invite AkzoNobel to meet with us and strongly believe it's in the best interest of their stakeholders.”

PPG reported $14.75 billion in revenue last year. Its Performance Coatings segment accounted for 58 percent of sales; Industrial Coatings accounted for 39 percent, and glass, which the company has largely been selling off in recent years in order to focus on coatings, accounted for 3 percent.

AkzoNobel, the world’s second-largest coatings company after PPG, reported 14.2 billion euros in revenue in 2016. It is the parent company of nearly 80 brands, including International, a major protective and marine coatings company, and the European decorative paints brand Dulux.

AkzoNobel has said that both offers from PPG failed to address several major concerns, including that the acquisition as proposed would require “a large number of substantial divestitures due to the major geographical and segment overlap of both companies across Decorative Paints and Performance Coatings, bringing into question value leakage.”

The Dutch company also voiced concerns about research and development, sustainability efforts, community contribution and a “significant culture gap” between the companies.

PPG calls the two companies a “strong cultural fit” with a “history of strong performance” and “commitment to employees, research and development, and community.”

AkzoNobel has said that in the wake of the PPG offers, it is looking into restructuring its company, possibly spinning its Specialty Chemicals business off into a separate entity. The company plans to hold an investor update next Wednesday, April 19, to outline that plan. AkzoNobel will also release its quarterly earnings that day.