The Environmental Protection Agency is in the home stretch of finalizing its Framework Action rules for the revamped Toxic Substances Control Act, which got its first upgrade in 40 years last summer.

The EPA has until June 22—one year after former President Barack Obama signed the Frank R. Lautenberg Chemical Safety for the 21st Century Act—and is now reviewing the industry comments submitted for most of its proposed rules.

Build Up to Change

The move to update the TSCA was supported not only across the political aisle, but also by environmental and health advocates as well as industry organizations, which noted that the law had been weak and inconsistent, allowing for about 85,000 untested chemicals to enter the marketplace.

The new law requires the EPA to test all of those chemicals, with a target of about 2,000 a year. 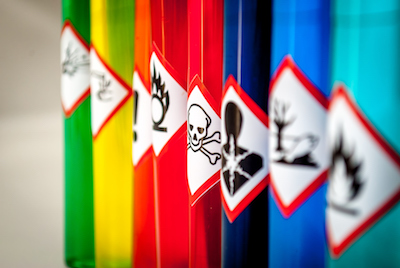 © iStock / Antoine2K
The move to update the TSCA was supported not only across the political aisle, but also by both environmental and health advocates as well as industry organizations, which noted that the law had been weak and inconsistent, allowing for about 85,000 untested chemicals to enter the marketplace.

“Folks should have the confidence to know the laundry detergent we buy isn’t going to make us sick, the mattress our babies sleep on isn’t going to harm them,” Obama had reportedly said at a signing ceremony for the legislation.

Supporters have noted that it will take time—a lot of time—for the EPA to get through everything already on the market and manage new chemicals coming in, which is why the proposed process attempts to streamline things as much as possible.

In January, the EPA proposed two rules considered to be “the foundation” of how it will enforce any guidelines.

First, chemicals will be sorted into “high” and “low” priority categories. No further action is taken with chemicals considered to be “low priority,” but “high priority” chemicals then move on to a risk evaluation. The EPA has one year from the time it designates a chemical as low or high risk before that classification is finalized. Only after that does the next step begin.

The risk evaluation first looks at all possible uses of a chemical (everything from how it’s manufactured to how it’s used and how it’s disposed of). Then, it will look at how many possible ways it can come into contact with people and the impact it will have. After its possible exposure is totaled, the EPA will then look at the impact it will have on society’s most vulnerable, such as children, industry workers or the environment. This step has to be concluded within three years. If the EPA thinks it needs more time for analysis, it can extend the process one additional year.

After the evaluation is complete, the EPA decides whether or not to regulate the chemical. If the chemical is deemed unsafe, the EPA then has two years to specify restrictions. This timeframe can also extend an additional year.

“Taken together, these reforms should lead to chemical restrictions that are meaningful, not just to the general public, but especially to populations in heavily impacted communities and to pregnant women and children,” according to the Safer Chemicals, Healthy Families coalition.

There is also a “minimum enforceable schedule” built into the law. The EPA has to begin its safety review on 10 chemicals within 180 days of enactment, and, going forward, each time a review is complete another chemical must be designated as high priority in order to keep the cycle going until all chemicals have been evaluated.

In December, the EPA designated the first 10 substances up for evaluation, which include:

The EPA also issued several proposed rules along with its plan that were allotted a comment period. While the majority of those timelines ended in mid-March, several other proposals, including one that regulates the use of Methylene Chloride (MC) and N-Methylpyrolidone (NMP) have a comment period that was extended from the original deadline or are still ongoing.

The American Coatings Association has been “actively developing coatings industry positions and comments on these important rulemakings,” according to a press release. Throughout, the ACA has made clarification suggestions and timeline proposals for when and how companies and manufacturers should comply with the regulations once finalized.

For example, the ACA has noted in its comments on the EPA’s Prioritization Rule the difference between an intentional use of a chemical versus residual trace amounts of a chemical.

“…[I]f disclosed, the concentration stated may represent theoretical maximums, based on manufacturing process or other limits, rather than actual concentrations,” the comment reads. “Residual levels and byproducts are typically present at trace levels, with very little potential exposure to human health and the environment. There is no need for the agency to consider these unintentional uses when making Prioritization determinations.”

The ACA has noted that it will be making comments to the proposed regulations on NMP and MC by its April 19 deadline.

According to the ACA: “The proposal would prohibit the manufacture, import, processing, and distribution of methylene chloride and NMP for all consumer uses and most types of commercial paint and coating removal (e.g., paint stripping). It would also require manufacturers, importers, processors, and distributors, except for retailers, of methylene chloride and NMP to provide downstream notification of these prohibitions throughout the supply chain.”

The ACA, though, pushed for the legislation, along with nearly 140 other associations, stating that the law “creates a transparent, evidence-based, cohesive national program that will improve the regulation of chemicals used in commerce …”

Critics say that there is simply too much to get through and the EPA doesn’t have the manpower.

“It will take EPA decades to get though the thousand most dangerous chemicals that EPA itself has said need urgent review,” said Scott Faber, vice president of government affairs at the Environmental Working Group.

The proposals still accepting comment can be found here.