Specialty chemicals firm Evonik (Germany) has introduced a new product that aims to improve the anti-fouling properties and product life of anti-fouling coatings.

Aerosil VP 4200 is a development product of structurally modified, hydrophilic silica that, as an active extender with cuprous oxide, exhibits anti-fouling properties while lowering the amount of Cu2O needed in the coating formulation, according to the company. 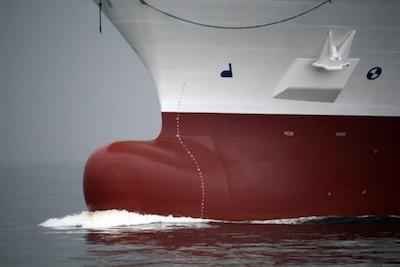 Evonik says that when VP 4200 is added at concentrations exceeding 10 percent, the anti-fouling effects have been demonstration at lower concentrations of Cu2O.

Not only does the high solids content help anchor the cuprous oxide, the company says, but the significant reinforcement and durability of the film also helps make the cuprous oxide last longer. The company also notes that the product still works in spray applications as before.

“The new developments are opening the door to novel applications that represent environmentally sustainable improvements to anti-fouling effects in maritime environments,” according to the release.

Aerosil is Evonik's line of fumed silicas, fumed mixed oxides, fumed metal oxides, and other specialized dispersions for coatings and other products.