The Sherwin-Williams Company will be picking up a $14 million tab for the Route 561 Dump site cleanup in Gibbsboro, New Jersey, authorities have announced.

The Environmental Protection Agency announced Thursday (March 30) that it had reached a legal agreement with the Cleveland-based company to clean up the lead- and arsenic-contaminated soil at a site formerly used as a paint manufacturing plant and paint waste dump. 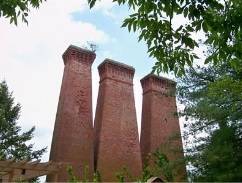 U.S. Environmental Protection Agency
White lead was ground on the site, and the plant eventually produced 24 varieties of varnish as well as a variety of toxic pigments, according to the EPA, and nearly 200,000 gallons of naphtha, xylene, mineral spirits, toluene, solvent blends and aromatic naptha were stored there.

“This agreement allows us to move forward on this much needed cleanup of contaminated soil and sediment and to protect the health of people who live and work in this community,” said Catherine McCabe, acting EPA Regional Administrator. “Cleanup of the Route 561 Dump Site is being paid for by Sherwin-Williams, not the taxpayers, which is an important feature of EPA’s site cleanup program.”

A Sherwin-Williams spokesperson said that the company is looking to complete the process in a timely manner.

“Significant progress has been made over the past several years and Sherwin-Williams is working with EPA and other stakeholders to move the site remediation process forward as quickly as possible.”

Businesses, a vacant lot, White Sand Branch creek and wetlands are all within the site.

A Variety of Toxins

The Route 561 site is one of three parcels that make up what the EPA refers to as the “Sherwin-Williams sites,” which were originally owned by John Lucas & Co. That company began making paint in the mid-1800s. Sherwin-Williams bought Lucas in the 1930s and expanded operations. The facility was closed in 1977 when it was sold to a developer.

White lead was ground on the site, and the plant eventually produced 24 varieties of varnish as well as a variety of toxic pigments, according to the EPA, and nearly 200,000 gallons of naphtha, xylene, mineral spirits, toluene, solvent blends and aromatic naptha were also stored there.

The operation included 20-foot-deep lagoons for wastewater and paint sludge, which were emptied directly into the creek causing widespread contamination, EPA said.

The EPA has found excessive levels of aluminum, iron, cyanide, arsenic, lead, cadmium, mercury and nickel in the surface water on the site.

After the plant closed, the New Jersey Department of Environmental Protection worked with Sherwin-Williams on disposing of waste on the site; in the 1990s, the EPA took over work on the site, and expanded its reach based on new findings of contamination. The agency formally announced a cleanup plan in 2015 and released its final plan for the Route 561 site’s soil remediation in September 2016.

Sherwin-Williams notes on its public information website that it is prepared to move forward with the EPA’s remedial design and that predesign activities are expected to begin this month. The EPA will oversee the entire remediation process.

The agency notes that the company has already cleaned up various contaminants in compliance with previous EPA orders such as: removing 8,096 cubic yards of sludge from a former lagoon area; removing 44,785 gallons of liquid waste; installing a soil vapor extraction treatment system to reduce the volatile organic compounds in soil near two former plant buildings; installing fencing to limit access to some source areas; and starting soil cleanup at residential properties, which is ongoing.

The EPA will conduct a review every five years to ensure effectiveness of the cleanup effort, the agency relates.